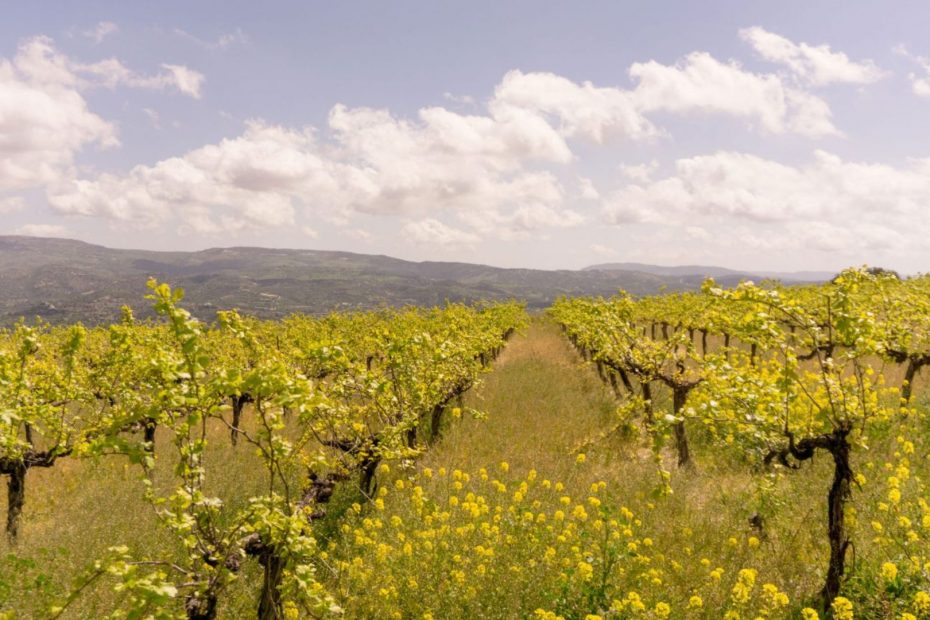 Greece and Cyprus may be separated by a large swath of sea, but the two countries share a number of strong similarities in their culture – and most notably, in their gastronomy and winemaking history! But because of the large distance between them, there are also plenty of notable differences. For example, did you know they speak Greek in Cyprus? It’s true – but it’s a different dialect, one that can throw even native Greek speakers! 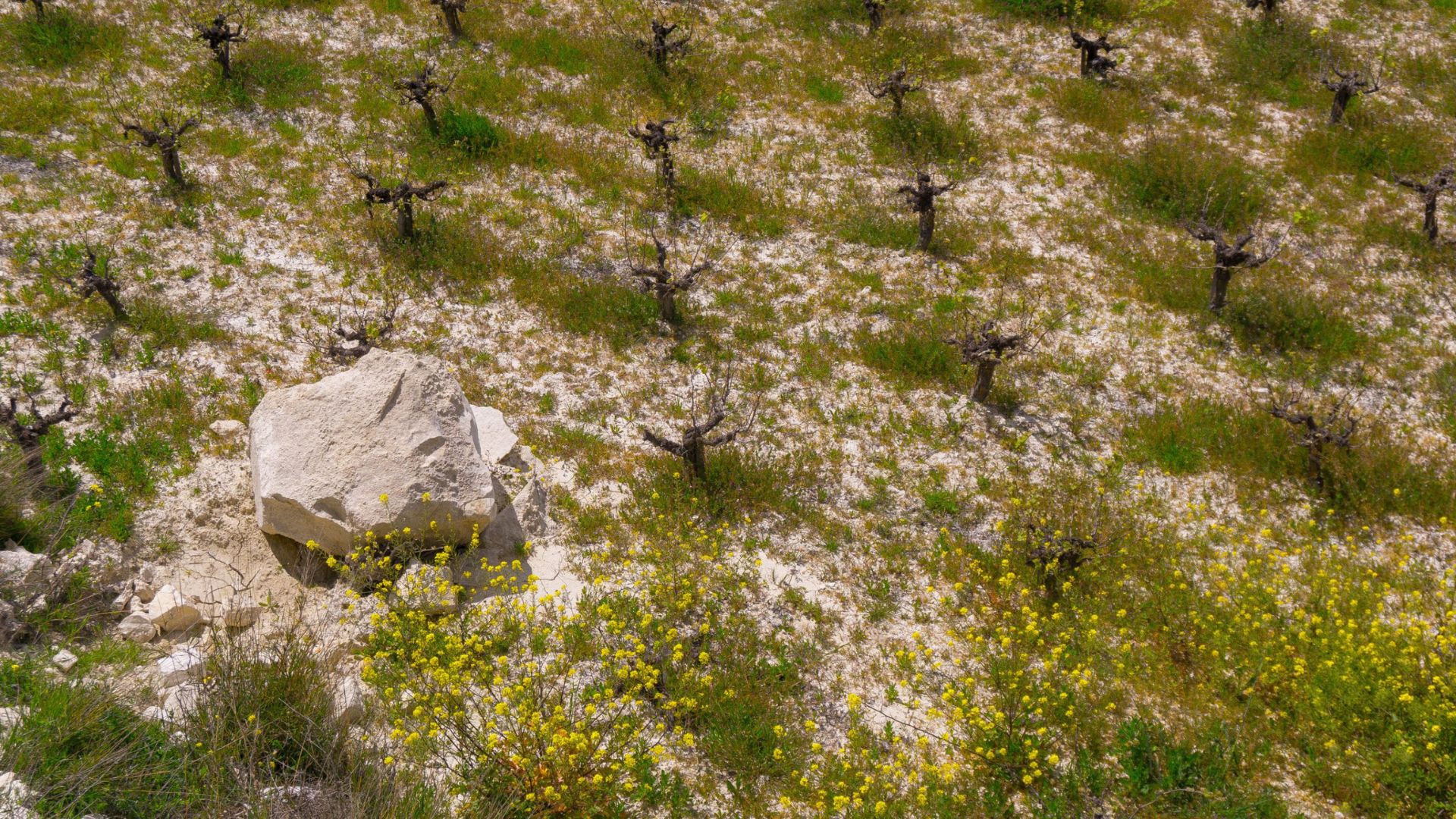 Located southeast of Greece, Cyprus is actually much more similar in climate and geography to countries like Lebanon and Syria. Its dry, hot climate has an interesting impact on what grows – from field to vineyard. One element that makes Cyprus so unique is the high levels of gypsum soil which add to the characteristics of the wines. Gypsum soil is a unique element in the Cyprus vineyards.  It provides the vineyards with great irrigation and lowers the pH of the soil, which leads to healthy vines and wines with great complexity. 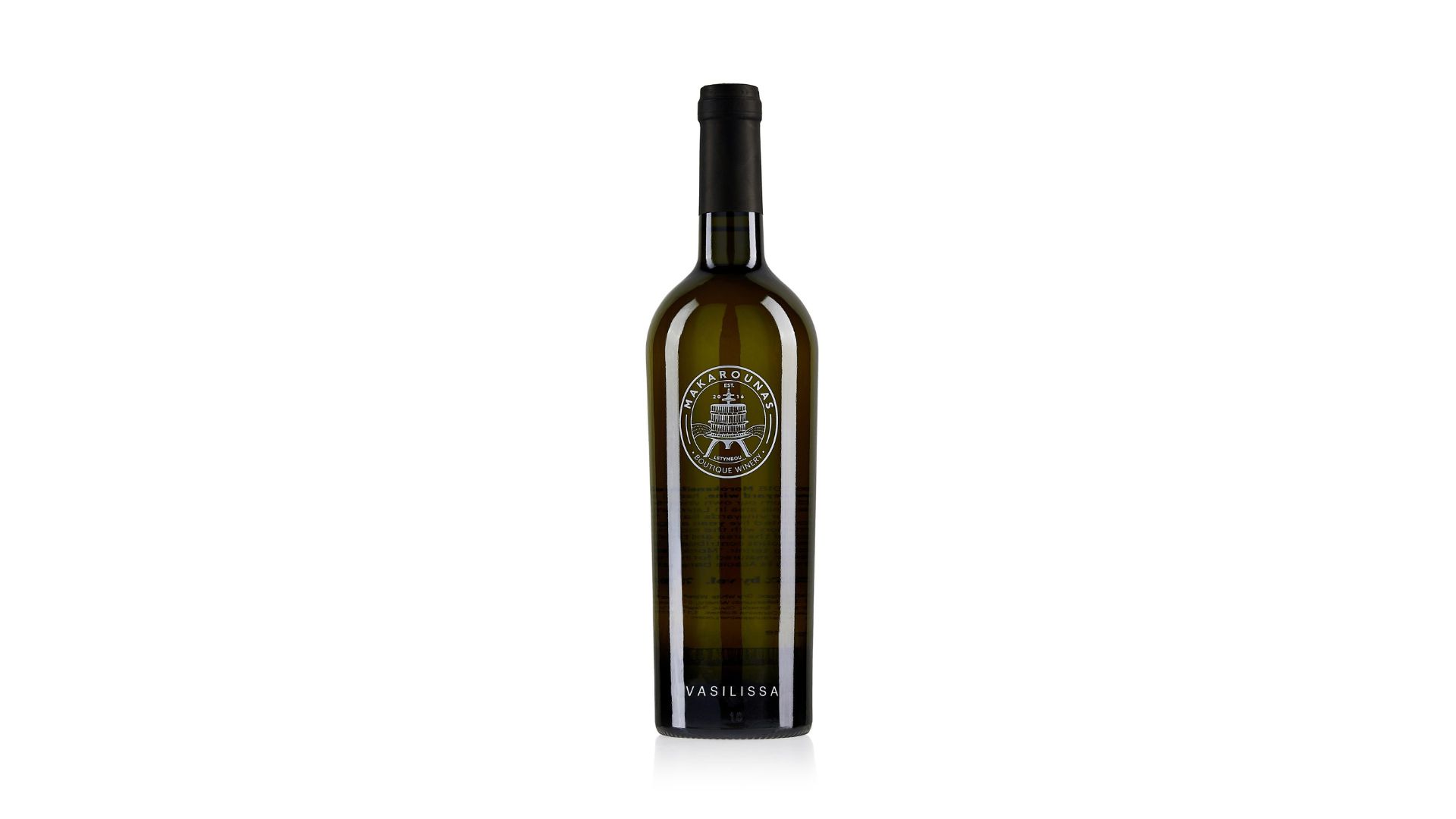 Cypriot wines are still gaining their footing in the US market, but one of the most exciting, Makarounas, has exploded onto the scene with some really excellent wines that showcase the country’s many unique grapes and its unique terroir, for these vineyards in Paphos are characterized mainly by their gypsum-rich soil. They’ve been producing wines for four generations, using organic practices and ungrafted vines to create bottles that give the drinker a sense of place, and a great picture of what the country’s terroir is like. 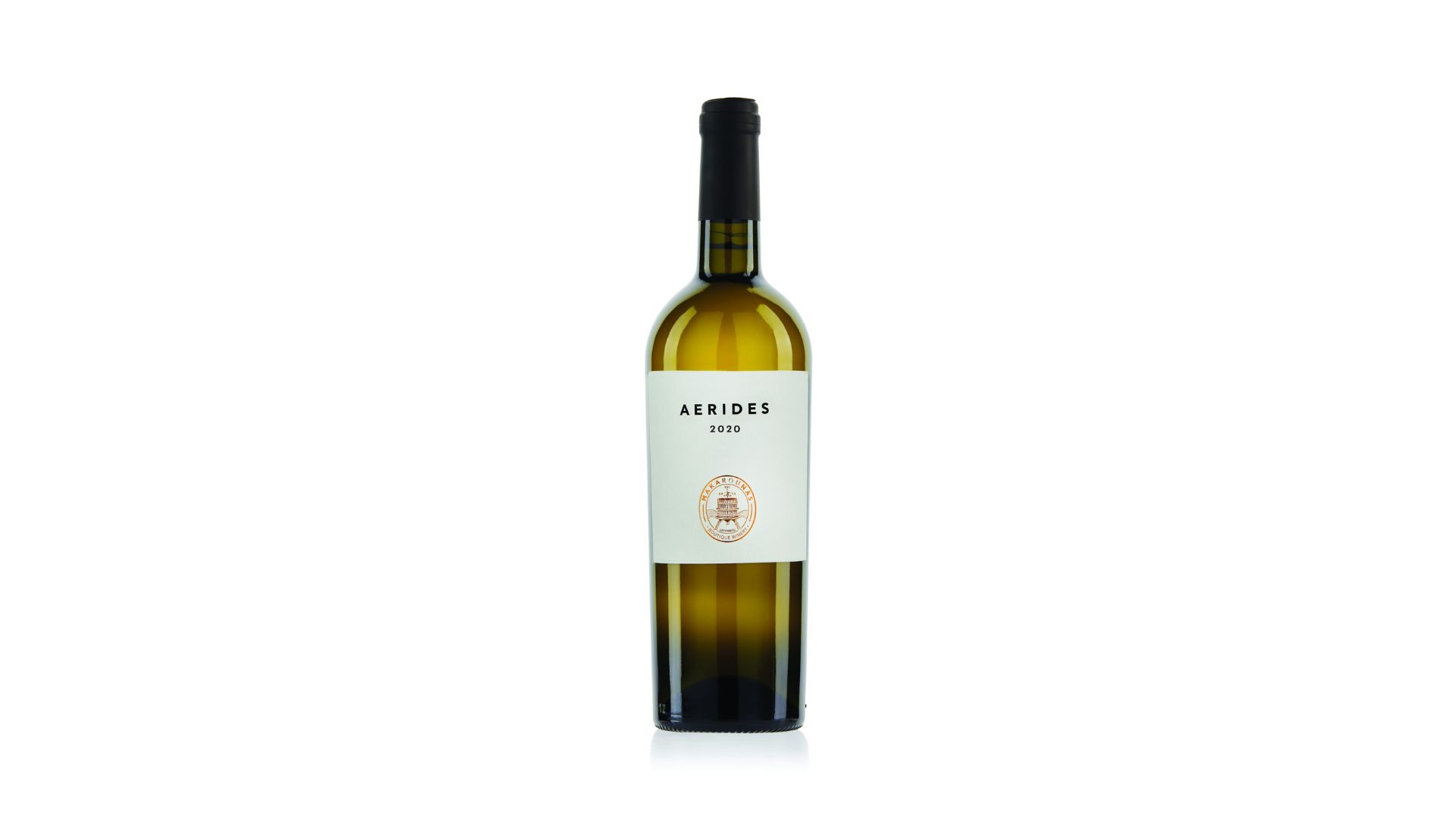 Cyprus’ unique white grapes include Spourtiko and Vasilissa, but its most important and popular local variety is Xynesteri, a white grape that grows well in higher altitudes and cooler temperatures. Bright, fresh, and bursting with fruity aromas, this wine tends to have lower acidity compared to some of Greece’s well-known grapes, like Assyrtiko. And this means it’s great for blending, or making a rounder-style wine. I would pair it with dishes that use halloumi cheese, the national cheese of Cyprus but one that is also growing in popularity across the United States. 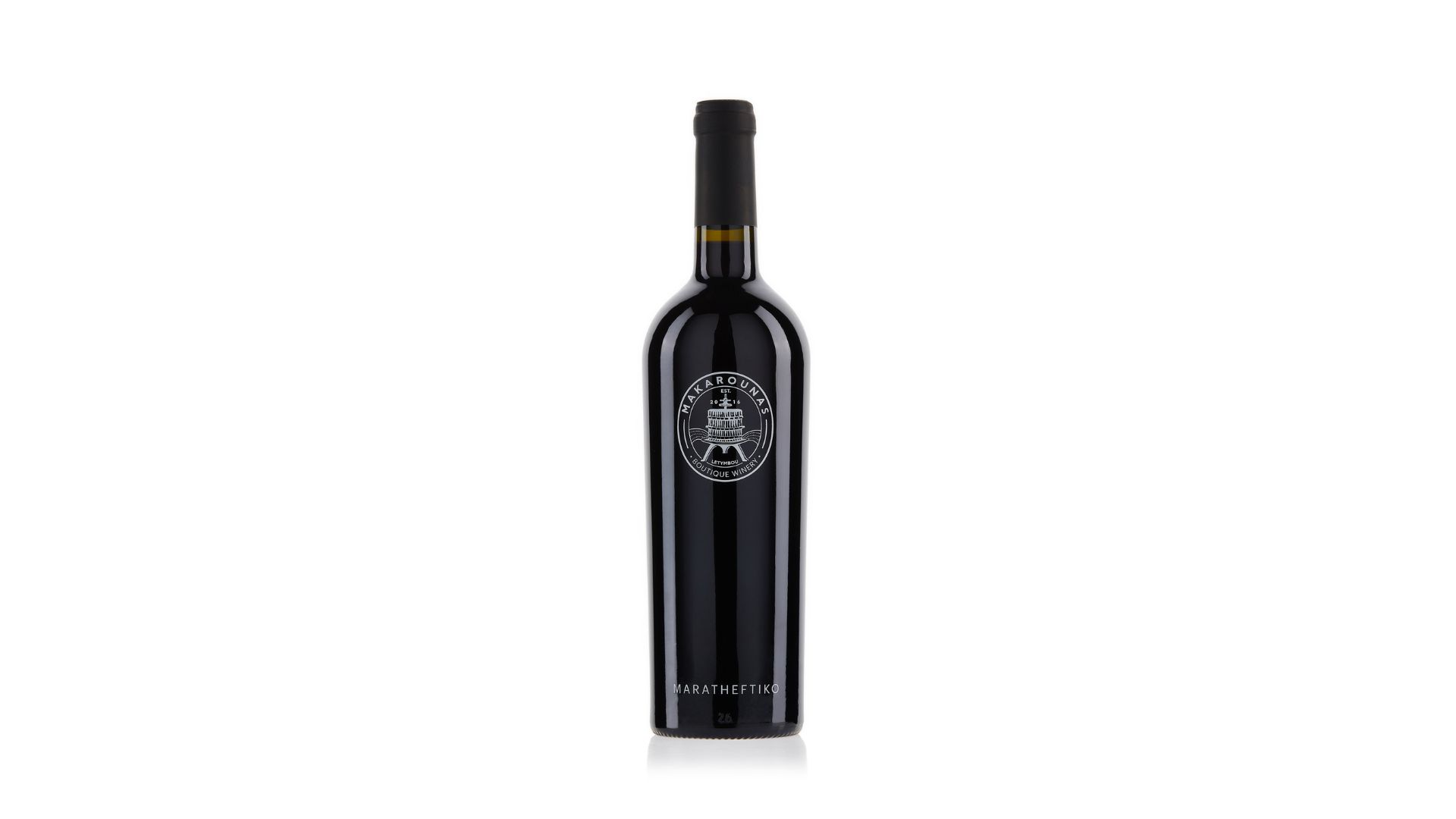 Halloumi traditionally is made with sheep’s milk, but nowadays is also produced with a combination of sheep’s and cow’s milk. The cheese has 2 distinct characteristics: its shape, usually square or rectangular and relatively flat, and its strong mint flavor, derived from the shreds of fresh mint leaves encased between the folded layers of the cheese when it’s produced. It falls into the category of cheeses, like kashkaval and kasseri, whose set curds are dipped in boiling water or whey so that the cheese attains its semi firm, almost squeaky texture. I love it grilled in wraps with plenty of seasonal vegetables! 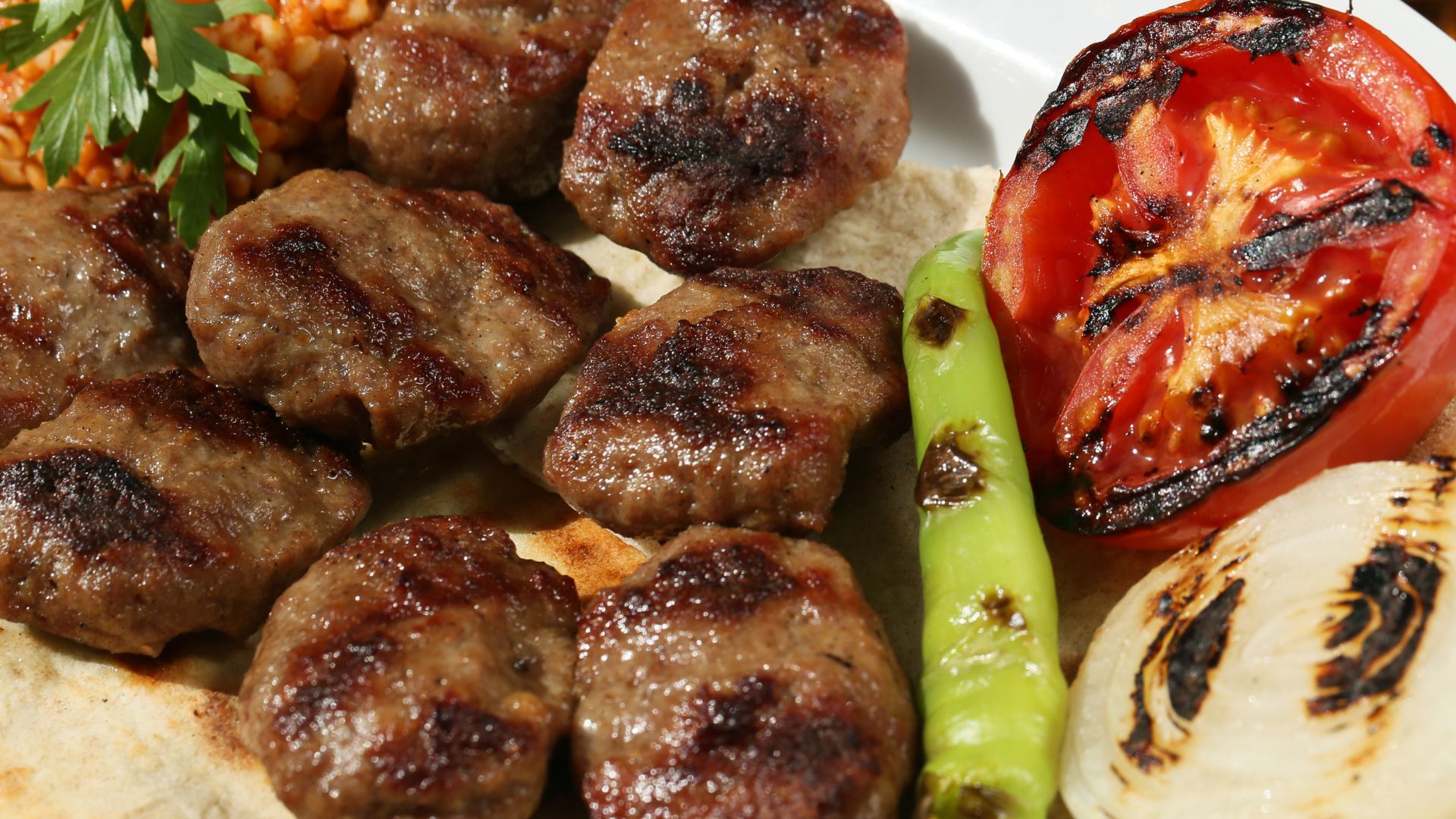 There is also plenty of red wine produced on Cyprus. One of the most well-known red varietals is Maratheftiko, which produces full-bodied wines with soft, supple tannins, along with notes of black cherry and chocolate. Looking for a pairing idea? Anything hearty and meaty is a good choice. Sheftalies, or seftalies, are a Cypriot recipe that can probably trace their roots back to some of the meat specialties held in high esteem by the ancient Greeks. They are essentially tangy ground meat sausages wrapped in caul fat – a totally tasty indulgence that pairs beautifully with this wine. 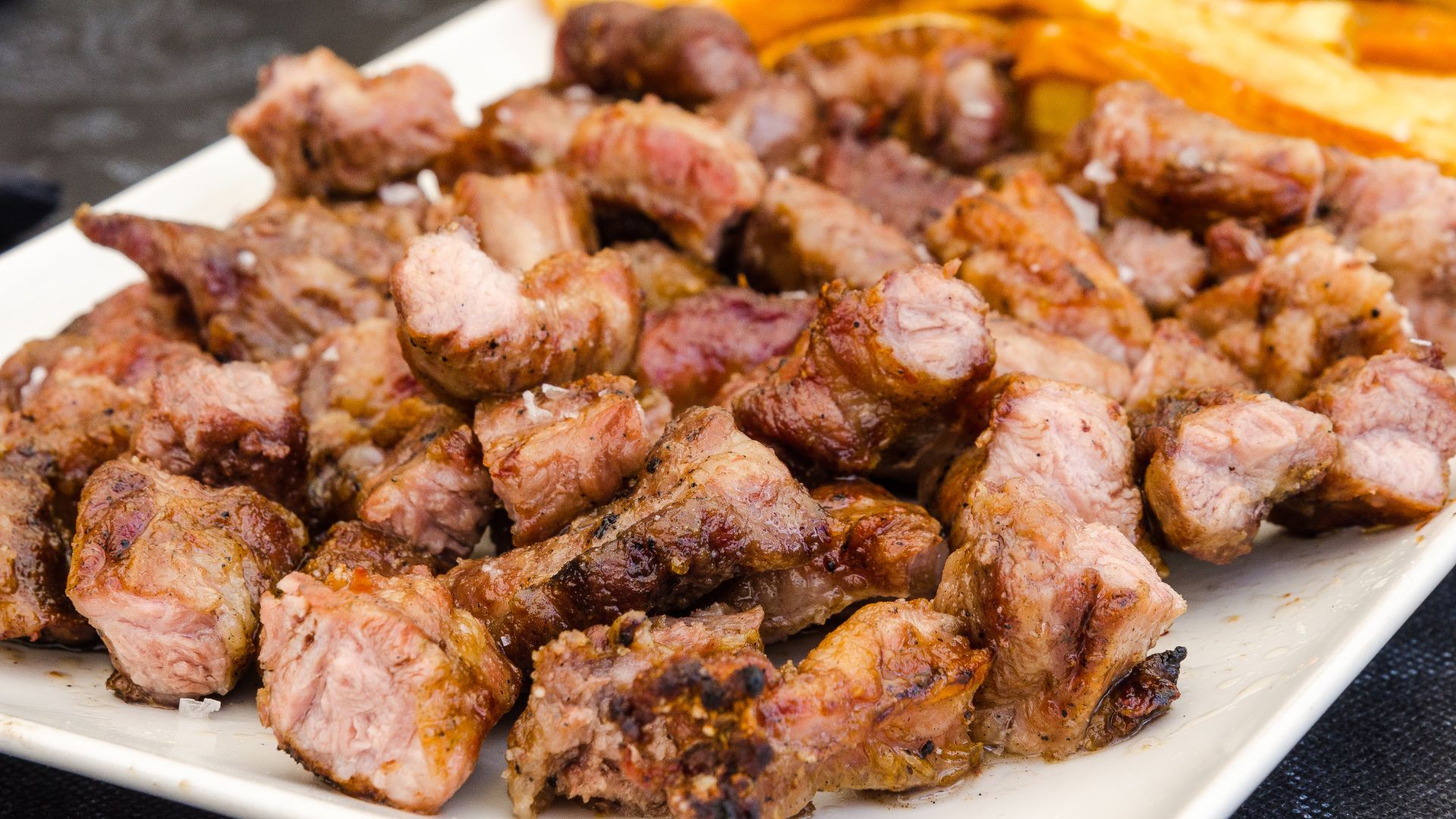 Then there is afelia, a braised pork with wine and coriander. There are many braised pork recipes throughout Greece and Cyprus, and this one is a classic from Cypriot cuisine. Consider this a delicious Sunday or festive recipe, something special the whole family can enjoy. And finally, smashed Cypriot potatoes with coriander and red wine, also known as Patates Antinaktes. All of these hearty dishes make great pairings with Maratheftiko! And if you’re looking to expand your horizons when it comes to Cypriot reds, you can try grapes like Yiannoudi, Lefkada, or even international grapes like cabernet franc. 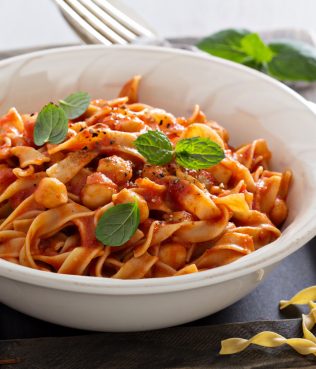 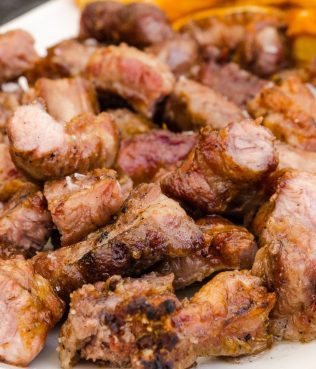