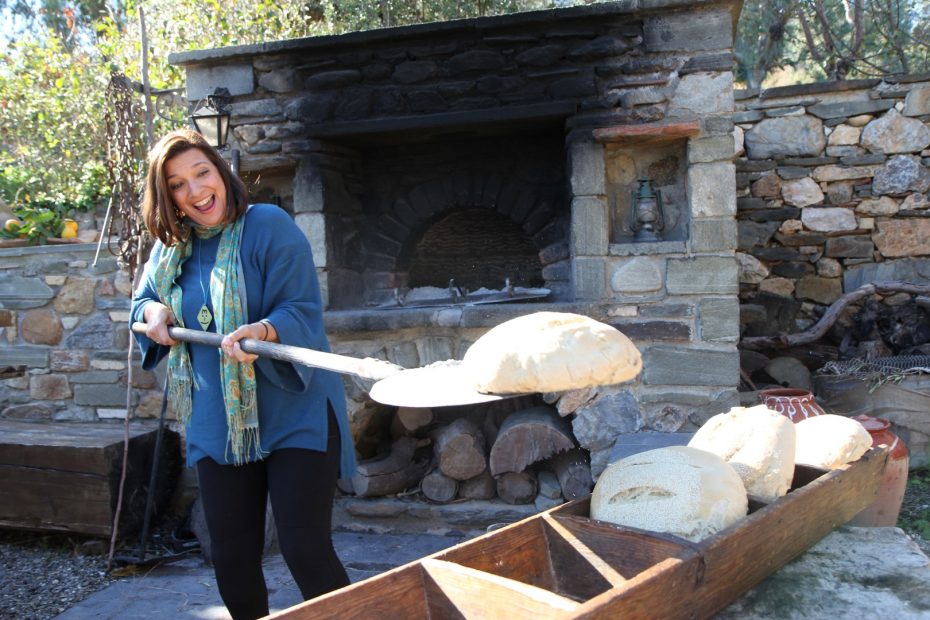 Traditional Breads From the Cyclades and Dodecanese

Bread traditions are rooted in the most ancient Greek culinary customs, tied indelibly to the seasons, life’s milestones, and ancient paganistic and later, Christian, lore.

The breads of the Greek islands, specifically the south Aegean islands of the Cyclades and the Dodecanese, are some of the most fascinating in the world. A whole book could be written about the bread customs of the southern Aegean, for bread here is both the stuff of sustenance and ritual.

Festive breads mark the year’s holidays, evinced, for example, in the lovely partridge-shaped breads of Pentecost that one still sees in local bakeries on Sifnos; or in the harkhaes, as the sweet, plump, ornate Easter and Christmas bread is called on the island of Kassos, where it is traditionally made by the daughter-in-law and given to the mother-in-law as a gift. In several of the southern Dodecanese islands at Easter, local cooks make decorative breads shaped like snakes, birds, baskets, and more, decorated with the ubiquitous paschal symbol, red dyed eggs, and called avgoules, after the Greek word for egg, avgo. 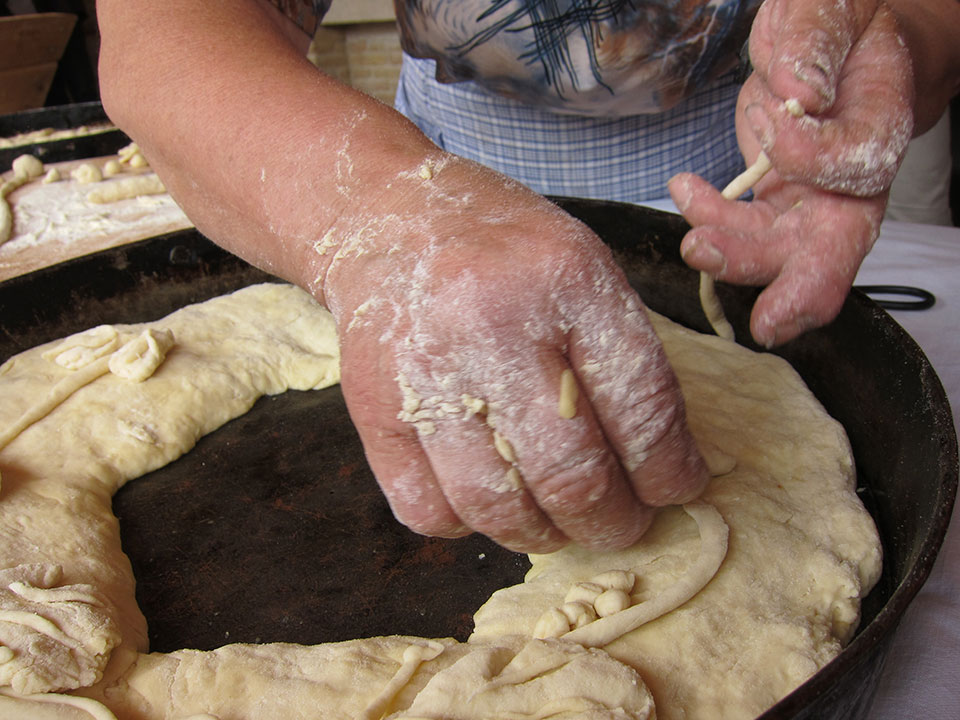 Wedding loaves are another whole chapter in the history of southern Aegean breads. Engagement breads are still baked on many islands and are usually highly ornate and rife with symbol turned out of dough, especially birds. In the Dodecanese, small sweet breads were proffered as wedding invitations. On Rhodes, one of the most beautiful wedding breads is still sometimes made, especially in the interior villages. Called gamokoulouro, it is a large, round (the circle representing eternity) loaf decorated with red and green dyed eggs, walnuts, almonds, and sculpted dough ornaments. Of all the islands, Karpathos is probably the one place where these ancient bread customs are still intact; the engagement, wedding, and then, of course, birth festivities are all marked by a profusion of sculpted breads studded with nuts and sesame seeds, braided, etc.; they are works of exquisite folk art.

But the daily bread in the southern Aegean is just as fascinating, and there is a wealth of delicious flavored breads and rusks still made at home or in local bakeries. Saffron flavors some of the breads of Anafi in the Cyclades and Patmos in the Dodecanese, for example; bread rings, called kouloures, abound in Folegandros, Kassos, and other places. Then there is the whole spectrum of rusks, which are a mainstay of the traditional kitchen, fodder for farmers and seafarers alike, and still made throughout the islands. Even cosmopolitan Mykonos has a rusk to call its own, the barley-based mostra; barley rusks abound in Kythnos, Paros, Santorini and other islands; on Milos they are flavored with schinos (lentisk) and on Kalymnos with cumin and fennel seed.