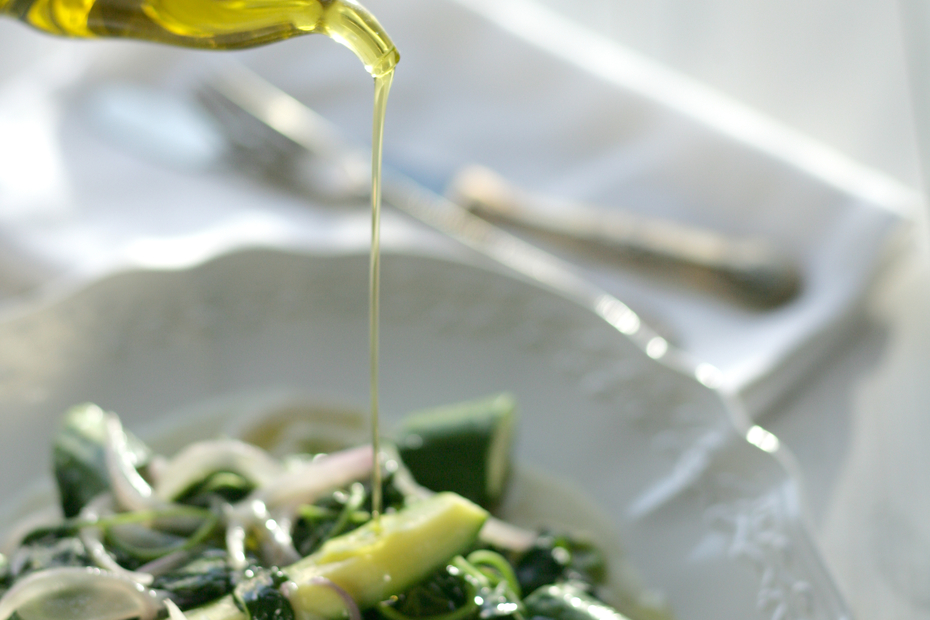 How to Use Olive Oil in Greek Cooking

Greece is fortunate to have one of the best climates in the world, one in which ample sunshine helps produce some of the tastiest fruits and vegetables. Because raw ingredients—from garden to grove to field to sea—are delicious in their own right in Greece, Greek cooking has evolved in such a way so that there is an innate respect for …

Greece is fortunate to have one of the best climates in the world, one in which ample sunshine helps produce some of the tastiest fruits and vegetables. Because raw ingredients—from garden to grove to field to sea—are delicious in their own right in Greece, Greek cooking has evolved in such a way so that there is an innate respect for the integrity of those raw ingredients. Greek cooking by and large is a simple cuisine, a cuisine whose basic tenet is that food should be served as close to its natural state as possible. It is not a cuisine that boasts a repertory of complicated sauces or difficult techniques. It is not a cuisine that relishes culinary affectations. Most techniques are direct and immediate: Greek cooks tend to roast, fry, grill or boil foods. Olive oil is used in all those applications, as well as in many others.

Perhaps there is no more cliché image of Greek cuisine that that of a whole fish grilled outdoors, over hot coals. Greeks do a lot of outdoor cooking, and in almost everything grilled, barbecued—or broiled—olive oil figures prominently. Olive oil is used as a marinade, together with lemon juice and herbs. It is most common, for example, to brush fish or meat with olive oil, lemon juice and herbs as they cook. Olive  oil imparts both flavor and succulence. And oftentimes, once the food comes off the grill it provides the foundations for a simple sauce. Whole grilled fish, for example, is almost served with latholemono–an emulsified sauce made by vigorously mixing olive oil and lemon juice.

Roasted meats have been classics of the Greek kitchen since the legendary feasts of ancient heroes. Today, one of the best known Greek dishes is roasted lamb with savory roasted potatoes. It is a festive dish in which olive oil plays a crucial role. Oven-roasted meats in Greece are often rubbed with olive oil and herbs before going into the oven. The oil lends flavor, helps the herbs adhere to the meat, and finally helps crisp the meat on the outside. Roasting pans are almost always rubbed with olive oil, too.  There are many preparations for oven-roasted meats and fish, and many for oven-roasted vegetables and legumes.

The “F” word! Anathema to so many western cooks because it denotes a process that is not deemed healthful. Nonetheless, everyone loves fried foods, perhaps because they are supposed to be sinfully and are sinfully good. In Greek cuisine, cooks traditionally  do not deep fry; instead, they pan-fry, everything from fish and meats to vegetables and grains. Olive oil is almost always the fat of choice in the Greek skillet. It endures heat well, is extremely flavorful, and is much better for you than seed or other oils. Greek potatoes, cut into rounds and fried until golden in a skillet—not a deep fryer—are one of the most delicious and simple foods in the world!

Fried vegetables, especially zucchini and eggplants, cut into thin rounds, make for one the classic Greek mezethes (appetizers). There is a whole repertory of small phyllo pastries, both sweet and savory, that are fried until golden. Fried cheese—saganaki—is another classic meze. Greeks fry small fish, certain shellfish such as shrimp (unshelled) and mussels, meatballs, and myriad other foods. More often than not these fried specialties are eaten in moderation and are much more commonly served as mezethes rather than as main courses.

The start to many a Greek dish calls for the technique Greeks call tsigarizo—basically to saute. In these dishes, olive oil is almost always used. Onions and garlic or onions and other vegetables such as celery and carrots would fist be wilted or softened in a few tablespoons of hot, usually extra-virgin, olive oil in a skillet. If the dish is a bean casserole, the beans will then be added and tossed until they, too glisten with olive oil. If it is a pilaf, for example, so, too, would the rice be tossed in the oil with the vegetables. It is a process that adds a certain depth of flavor, and results in what cooks like to call a “nutty” character.  Liquid is then added and the food more or less left to cook on its own, traditionally over a low flame.

Raw as a Condiment

The most basic of all Greek dishes is a wedge of good sourdough bread or a golden brown barley rusk drizzled with raw olive oil and sprinkled with sea salt. This is a flavor, as Lawrence Durell may have said, “as old as water.”

Greeks love to consume olive oil raw, and with good reason since Greek olive oil is almost all extra-virgin and thoroughly delicious. It is savored over bread and rusks, as mentioned above, drizzled especially over myriad vegetable and bean salads and over boiled greens. It is also added to countless dishes, especially bean and vegetable stews and soups just before serving.

Raw as a preservative

Olive oil is the medium of choice in which to preserve all sorts of traditional delicacies.

In some parts of Greece, cheese is preserved in olive oil, and even named for that process. The islands of Lesvos and Zakynthos both boast lathotyria, or “oil cheeses,” but all over the country home cooks preserve local, often their own homemade, cheeses, in olive oil. Certain cheeses, such as feta, take on a whole other component as a result of being stored in oil. They become more toothsome, crisper, nuttier.

Olives,  once cured, are often kept in olive oil. The most common olives in oil are the Kalamata variety, but all sorts of olives can be preserved this way. The olive oil changes their texture from crunchy to tender.

Meat has always been preserved in olive oil in various parts of the country, especially where olive oil is as plentiful as water, such as the southern Peloponessos. In Kalamata and in the Mani, for example, local cooks have always preserved their cured pork—loins and sausages both—in olive oil. Once the meat is salted and air-dried or smoked, it is put up in oil and savored all winter long in small quantities.

Fish, too, preserved in olive  oil, makes for a local delicacy in many of the coastal areas of Greece. The most common is the fresh anchovy, which is boned and butterflied and then preserved in a mixture of olive oil and vinegar. It makes for one of the best mezethes.

There is a whole category of dishes in Greece named for olive oil. They are known as «lathera», which means «oiled». Μany of these dishes are eaten during periods of fasting, before certain religious holidays, when meat and dairy products are forbidden from the diet., The lathera, however are not limited to that time of the  year.

The “lathera,” indeed, include many summer specialties based on fresh produce. Generally they are vegetable and bean stews. In them, olive oil is used both as the cooking medium—to saute, say, onions and vegetables or beans before adding water or broth. At the end, raw olive oil is poured over the dish, too, as additional flavoring.

The use of olive oil is not confined to savory dishes though. In Greece, we boast a whole array of sweets made with olive oil. By and large, these are the desserts that evolved, like the «lathera» or oil-based stews,  from the need to create foods that complied to the dietary rules of fasting as dictated by the traditional, religious calendar. Today, there is still a whole array of sweets based on olive oil—as opposed to butter. They comprise specialties such as: pastries filled with nuts, or with rice, nuts and raisins, where the delicate layers of phyllo are lubricated not with butter but with oil; sweet breads filled with dried fruits and nuts; sweet biscuits; Greeks even fry pastries in olive oil, such as the thin dough fritters topped with nuts and honey called thiples or xerotygana. 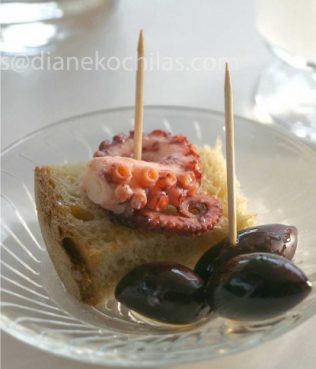