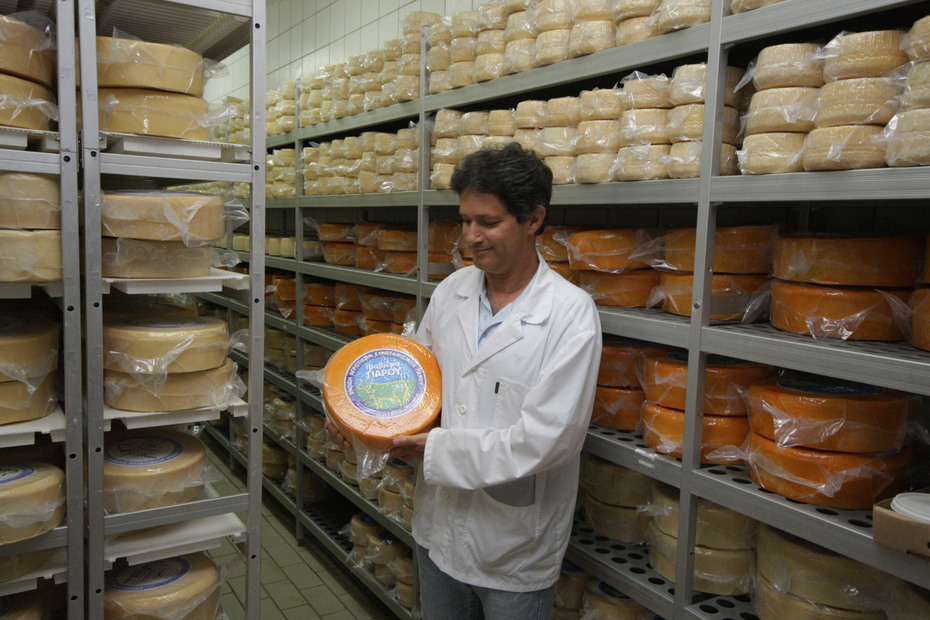 Four Greek Cheeses and the Greek Wines to Drink with Them

Four Greek Cheeses and the Greek Wines to Pair with Them     It used to be that what most non-Greeks knew about Greek cheese and wine was defined by a robust but limited duo: feta and retsina, the briny cheese and piney wine, respectively. Thankfully, those days are long gone. The variety of Greek regional cheeses and amazing wines …

Four Greek Cheeses and the Greek Wines to Pair with Them 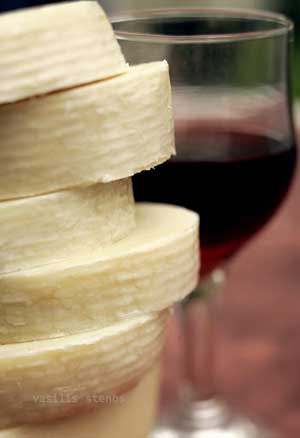 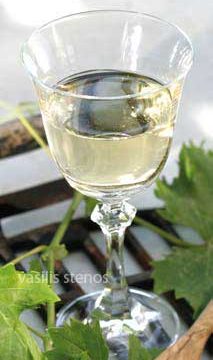 It used to be that what most non-Greeks knew about Greek cheese and wine was defined by a robust but limited duo: feta and retsina, the briny cheese and piney wine, respectively. Thankfully, those days are long gone. The variety of Greek regional cheeses and amazing wines now available outside the country offers something for every palate.

Now is a great time of year to think about adding a few newcomers to your festive table, to eat and drink a bit like us Greeks and to indulge in the way we graze for hours around our holiday tables, nibbling on everything from hearty vegetable casseroles, glistening roasts and golden potatoes and grains, salads and, of course, an array of cheeses and wines, all of which hold court on the table together, the ingredients of what I like to think of as modern-day symposia. Food, wine, and conversation are all part of the Greek-Mediterranean dining experience, and one of the reasons why the Mediterranean Diet bestows emotional as well as physical wellbeing.

Cheese and wine are also natural partners and knowing how to serve them together, whether as part of a larger tableau or as an interesting but easy solution to a casual get-together is always useful.

I singled out the four main Greek cheeses available in the United States (click here to buy them) and generally outside of Greece and asked three friends who happen to be among the top Greek wine experts their thoughts on how to pair them with Greek vintages and varietals.

Let’s take them one at a time. 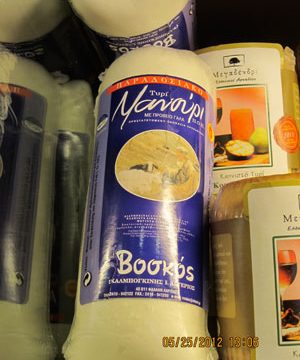 Manouri cheese is one of my personal favorites, a delicious, alabaster-white,  buttery sheeps’ whey cheese shaped like a large cylinder and close in flavor and texture to ricotta salata, the Italian pressed whey cheese. Manouri is a product of designated origin (PDO) and it is produced mainly on the Greek mainland, in Thessaly, Central and Western Macedonia. It has a milky, creamy taste and a round, rich texture. It is great as a table cheese, in salads, grilled, and as a dessert cheese, served with fresh or preserved fruits or Greek honey.

What Greek wines to drink with Manouri:

“Manouri needs an aromatic white wine with low acidity such as a Malagousia,” says Sofia Perpera, oenologist and Director of New Wines of Greece, a promotional program that has been very successful in increasing the visibility of Greek wines in the United States.

Wine merchant and importer Ted Diamantis, whose company Diamond Importers has a portfolio of some of the finest Greek boutique wines, suggests an aromatic Moschofilero, a white wine varietal from the Peloponnese. He says the “Salto,” by winemaker George Skouras would be a great match.

And, finally, Greek wine merchant and aficionado Sotiris Bafitis, of Washington, D.C., favors an aromatic Moschoflero, too, in the white wine category and a soft Aghiorghitiko from Nemea in the red wine category. “It can also match up with many of Greece’s sweet wines (Vinsanto, sweet wines from Crete, and even the sweet wines from Siatista in the north). In all these instances, Manouri due to its texture and natural flavors enhances the flavors of the wines,: says Bafitis. 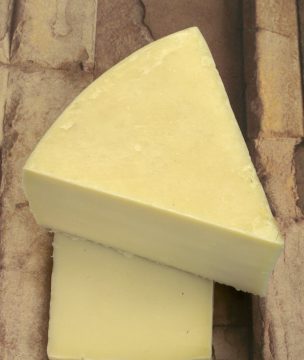 Kaseri is one of the most popular Greek table cheeses. It is an evolution of the pan-Balkan kaskaval, a cheese in the pasta-filata family of cheeses, like the Cypriot halloumi.

Kaseri, like manouri, is a PDO cheese, produced in four specific regions: Thrace, Macedonia, Thessaly and Lesvos. The best is made from 100% sheep’s milk, although goat’s milk and up to 10% cow’s milk may also be added. The cheese is  mild and mellow, with a faintly sweet flavor. It is lightly salty and has a pliant, semi-hard texture.

What Greek wines to drink with Kasseri:

“Kaseri can match up with many different wines and is quite versatile,” says Bafitis. He suggests a few dry Mavrodaphne blends as well as the Aghiorgitiko varietal from Nemea. A few Cretan red varietals, such as Kotsifalis (also recommended by Ted Diamantis) and Latiko, all of which are available Stateside.

Sofia Perpera suggests other blends: “Kasseri would go well with a ripe, full body red wine such as a Cabernet sauvignon,” produced in Greece, of course! 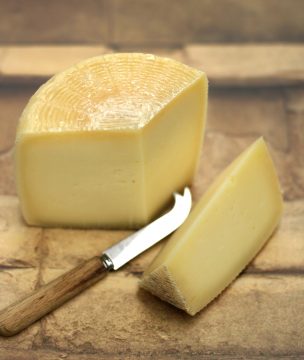 Gravierta is one of the most prized, versatile, and delicious Greek table cheeses. Although it is produced in several places in Greece, the gravieras of three specific places are PDO: Agrafa, in the northwestern part of continental Greece, and the islands of Crete and Naxos. Naxos’ graviera is distinct because it is produced from cow’s milk, as opposed to sheep’s or sheep’s and goat’s, which is the case almost everywhere else.

Graviera is a pale yellow with small, irregular holes and a mild, buttery flavor. It can range in flavor from sweet and mild to nutty and sharp, depending on its age and where it is produced. It is also a beautiful dessert cheese, especially when served with a drizzling of excellent Greek thyme honey.

What Greek wines to drink with Graviera:

“The sweeter the graviera is, e.g. graviera Naxou, the better it will go with a medium body red from Agiorgitiko or a Merlot. The more spicy and salty the graviera is the more it will match with a rich white such as a chardonnay or a Nykteri from Santorini,” says Sofia Perpera.

Bafitis suggests a northern Greek Xynomavro “especially for the Gravieras that have a stronger flavor profile,” while Diamantis goes with the dry white from Santorini, the Assyrtico variety.

I saved the most iconic Greek cheese for last because it is a) hands down the best-known Greek cheese in the world and, b) the most difficult to pair with wine.

Feta is a salted, brine-aged white sheep’s or sheep’s and goats’ milk cheese. It is a PDO cheese and real Greek feta is never made with cow’s milk. It comes in a surprising range of flavors and textures.

Feta can be hard or soft, creamy or toothsome, depending on the cheese maker’s preference and style, the time of year the cheese is produced and what the animals are fed. Some feta is so soft you can almost spread it. Others are hard, sharp, and peppery on the palate. All of it though is acidic to one degree or another, and salty. I is an excellent table cheese and is also the classic cheese used in Greek salads, savory phyllo pies and countless other cooked dishes.

What Greek wines to pair with Feta:

“Feta would go well with a fresh aromatic white wine with crisp acidity to match the acidity of feta. A Sauvignon blanc or a Moschofilero would be my preferences,” says Sofia Perpera.

“This cheese is a difficult one because of it unique flavor profile.  I would either go brine against brine and pair it with a Santorini Assyrtiko or even a high elevation Roditis and Lagorthi (wines with acidity),” says Bafitis.  “Another option is also something like a weighty Malagouzia as contrast to the sharpness of the Feta.”

Diamantis suggests one of several Greek rosés, made either from the Xinomavro grape or from a combination of Aghiorghitiko and moschofilero.