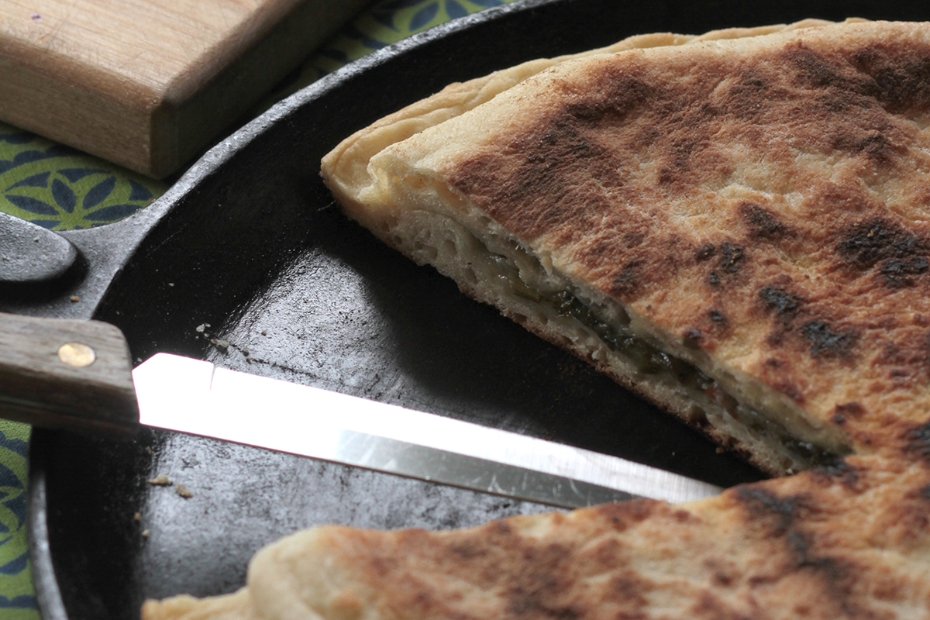 Greek-style pancakes offer up a relatively healthy alternative to the fat-, sugar-, preservative-, and starch-packed American classics. Here are a few reasons why: 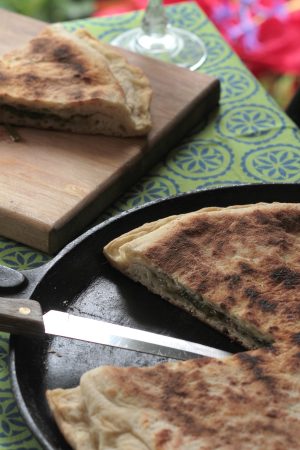 1) Most Greek pancake recipes are very traditional and none are out of a box!

2) Vegetables, greens, beans, and cheese are almost always inside a Greek pancake, making them an easy, tasty and comforting way to incorporate ingredients like spinach and other greens, chick peas, or mushrooms, which kids typically don’t like, into a quick meal.

3) Greek-style pancakes are almost always sautéed or pan-fried in extra virgin Greek olive oil, at temperatures that don’t break down the oil’s natural nutrients. Older recipes call for grilling the pancakes with almost no fat on a hot griddle or stone.

4) The variety in traditional Greek recipes for pancakes is mind-boggling! Indeed, pancakes come in savory and sweet versions throughout Greece and were often either a midday snack or a quick meal, especially if one considers what a pancake is: batter cooked in a frying pan until it firms up into comforting solid food. In traditional Greek cooking, rarely was such a cooked up batter served alone as a starch fest whose sole aim was to fill the belly. Indeed, many Greek pancake recipes don’t call for batter at all, but rather for a damp combination of mashed or grated fresh vegetables, eggs, and a little flour.

5) Even the sweet versions are healthy: Sweet versions of Greek pancakes, with or without cheese, are drizzled with either of the world’s most ancient sweeteners: nutrient-dense petimezi (grape molasses), which is especially rich in iron, and Greek honey, which is packed with antioxidants and minerals. 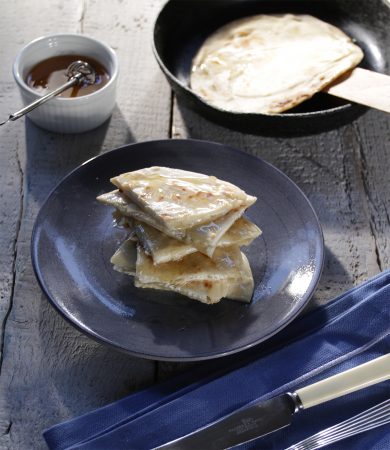 Here’s a quick look at some of the classic and traditional Greek regional recipes for pancakes, by category. For recipes, follow the links!

Vegetable-packed pancakes. These are sometimes called pseftokeftedes or keftedes, the Greek word for fritter and meatball, respectively. These pan-fried little patties are often comprised of flour, eggs, feta cheese, and grated or finely chopped vegetables. You might want to try a delicious, traditional carrot patty, zucchini patty, tomato patties, or greens patties, which make great quick meals and light snacks. One of my favorite recipes comes from the Blue Zone Greek island of Ikaria, where I run a cooking school and known for the longevity of its inhabitants. It is for a collard-filled pancake that also sometimes has bits of pork.

Bean filled pancakes. These are almost always made either with chick peas or yellow split peas and are popular in the Aegean islands. Chick pea fritters or patties are a classic recipe from Rhodes and other Greek islands in the Dodecanese, while mashed yellow split peas are transformed into patties or small pancakes throughout the Cyclades, especially in Santorini.

Cheese-filled pancakes. There are many variations of these all over the Greek islands and mainland, with some of the best recipes to be found on Crete. The cheese most often used is a sheep’s milk or goat’s milk whey cheese called myzithra, or its fermented cousin, xinomyzithra.