In this nation of bread eaters, the subject of regional pasta is, ironically, vast. There are, indeed, dozens, if not more, different traditional Greek pastas, and certainly dozens of ways to cook them. Some are truly unusual. A Little History Pasta has always been part and parcel of the Greek larder. Common belief has it that Marco Polo was the … 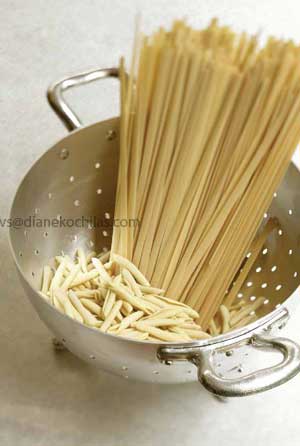 In this nation of bread eaters, the subject of regional pasta is, ironically, vast.

There are, indeed, dozens, if not more, different traditional Greek pastas, and certainly dozens of ways to cook them. Some are truly unusual.

Pasta has always been part and parcel of the Greek larder. Common belief has it that Marco Polo was the first European to encounter pasta, in his travels to China, and that in turn, he brought it back with him where it became undeniably Italian. It seems more likely though that pasta may not have come from any one place but from several, including ancient Greece.

The ancient Greeks had a kind of primitive pasta in the form of a grilled batter they called laganum. The word may be the etymological root of what the Italians call lasagna. Even the word for macaroni might have Greek origins, from the makaria, as in funerary dish. It may or may not be far-fetched, if one considers that wheat-based foods, usually sweetened, are highly symbolic of rebirth and regeneration and thus have always been associated with the foods served in honor of the dead. 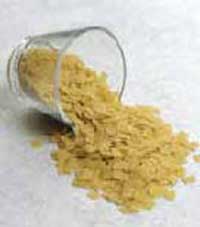 Before the advent of refrigeration, pasta was a necessity in the larder. For one, it was a way to preserve eggs (although not all Greek pasta contains eggs); it was also a way to ensure that there was always something, however simple, to eat. For our hard-working mothers and grandmothers, it was also an instant solution to feeding a large, hungry family.

The traditional, old-fashioned dishes made with regional Greek pasta are some of the most delicious foods we have. In Limnos, for example, one odd dish is the pseftopetino, made with a local pasta called flomaria and eggplants. Some of the best pasta dishes, indeed, come from the eastern Aegean islands, and among them are those that call for serving noodle-like pasta in tahini sauce, which was a Lenten specialty.

With beans and Legumes

In some parts of the country, pasta is cooked up with beans. In Rhodes and Cyprus, for example, noodles are boiled together with lentils and topped with syvrasi, sweet, caramelized onions. In the Peloponessos, I have found recipes for black-eyed beans cooked with kritharaki and vegetables in a dish that falls somewhere between a soup and a stew. Among the Jews of Corfu, there is a fascinating dish for short pasta and handres, or borlotti beans, which is almost identical to a dish savored in the Jewish community of Trieste, with which the Corfiot Jews had much social and commercial interaction. 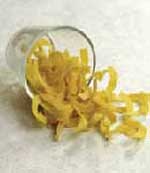 Perhaps the most common Greek pasta dish is for those luscious, sinfully rich egg noodles (hilopittes), boiled to soggy perfection and served up with browned sheep’s milk butter and myzithra. There are versions of this dish all over the country, the best of which hails from the Dodecanese, specifically from Kassos and Kalymnos, where the local makarounes are prepared that way and tossed with deliciously sour, soft local cheese, or, if that is not available, strained yogurt.

Pasta cooked with meats is another standard, too, and one we’ve probably all tasted on some Sunday or other. Even in a dish so seemingly simple, even pedestrian, there are regional variations. For example, in Corfu, thick tubular pasta is preferred to all other kinds, and the dish, pastitsatha, is made with either chicken or cock. The tomato sauce that ties the whole thing together is rich and fragrant. In the Peloponessos, beef and hilopites are served with avgolemono, which is a trademark of local cooking.

In traditional, regional cuisine, pasta makes its way into pies, too. One of my favorites is the pastitsio Venetsianiko of Corfu and Kythera, which is a rich mixture of all sorts of meats, charcuterie, cheeses and bechamel tossed with pasta and enclosed in a home-made pastry crust. The Peloponessos offers its makaronopita to the litany of pasta pies; the Poli Greeks have their own version of pastitsio, too, which is the dish enclosed in a casing of phyllo.

Another kind of pasta pie is the passa makarouna of Kos,  a kind of pastitsio made with homemade phyllo that first is blanched then layered and baked. The filling is made with ground pork and local fresh mizithra cheese and the whole thing is drenched in meat broth and milk before baking. It is the traditional pasta dish on Tyrini, the last Sunday of Carnival.

It is too painstaking and probably boring to go through a whole list of recipe names that call for pasta from all over Greece. I wanted to end, though, with mention of what I think is one of the most fascinating pasta traditions in Greece, and one that has been all but lost. That is the old custom of making sweet pasta dishes. Usually these were loose, porridge-like preparations made by boiling pasta in milk and sugar; or water and honey. One such dish is the pigoulopita, from Roumeli, which is a kind of loose pudding made with vermicelli. In Crete, many such dishes were served to nursing mothers, as it was believed that they enhanced milk production. At least two sweet pasta dishes, though, are truly unusually. One is a Lenten sweet, which I found in Rhodes, which is pasta boiled with sweetened tahini and served up sprinkled with cinnamon. The last, but not least, is the Limnos moustokoulika, which is made with home-made, dense, thick, knotted pasta that is boiled in grape must syrup. Hearty fare, to be sure, meant to sate hungry farmers.