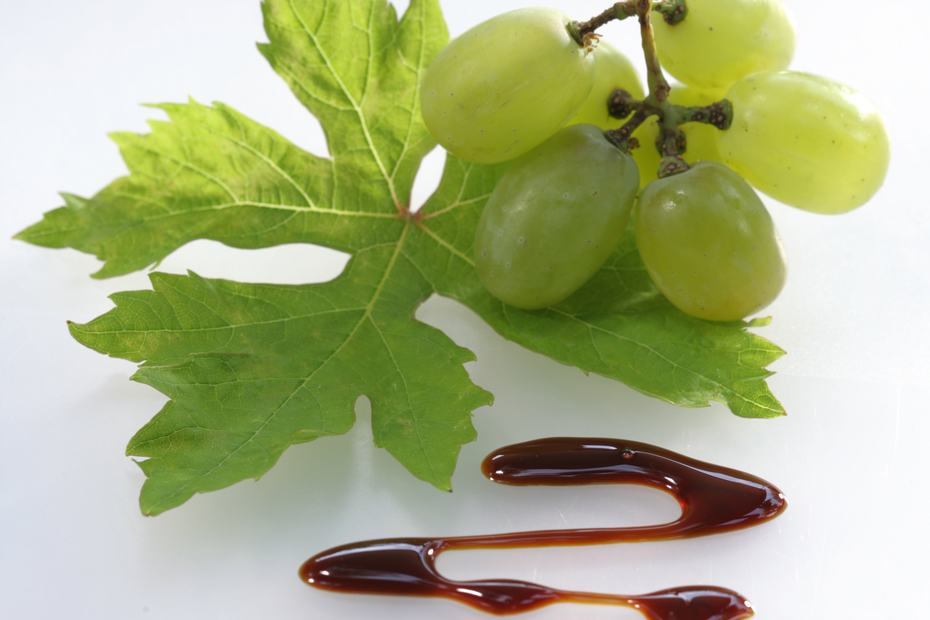 Grape Must, a Natural, Ancient Sweetener, in Greek Cooking

Grape must is the vine’s utilitarian child. Obviously as old as the vine itself, the unfermented juice of the grape has found a place in the annals of gastronomy from earliest times, in ways which have changed surprisingly little over the centuries.  The tart juice of  unripe grapes, for example,  was used by the ancient Egyptians as a sauce for … Grape must is the vine’s utilitarian child.

Obviously as old as the vine itself, the unfermented juice of the grape has found a place in the annals of gastronomy from earliest times, in ways which have changed surprisingly little over the centuries.  The tart juice of  unripe grapes, for example,  was used by the ancient Egyptians as a sauce for fish, much the way we use lemons today.  It was an astringent much loved in the Middle Ages, too, used in place of lemons, which had disappeared from Western Europe after the Fall of the Roman Empire only to return with the Crusaders. In our own day and in our own backyard, the sour grape’s puckish juice, which we call agourida,  is still used. In Lefkada agourida was added to fish soup when lemons were not available; in Naoussa, there is an interesting recipe for roasted eggplant salad  seasoned with agourida.

That culinary detour notwithstanding, it is the grape’s role as a sweetener not as a lemon substitute that interests us here.  Again, from the most ancient times, grape juice was of great importance.  It was essentially the only sweetener readily available, save for honey. The ancient Greeks used several variations of sweet grape juice, distinguished by the degree to which they were boiled down, or concetrated. There was the highly prized gleukos,  which  denoted either the fresh, free-flow must that was obtained from fully-ripe or overripe grapes before treading or the fermented product of this must;  then there were several concentrated forms: hepsema, which was grape juice concentrated by boiling until rather thick,  and which was a cheap substitute for honey; hepsetos, which was less concetrated; and, finally,  siraion,  yet another concentrated grape must,  but to what degree or thickness it is hard to determine.

The Romans followed suit, with their own spate of similar grape sweeteners boiled down to various consistencies. There was caroenum, which was actually boiled down wine, and sapa or defrutum, which was concentrated grape must.  According to Horace, there is even evidence that the juice of certain grapes was considered better for boiling than others, namely that of the Chian variety.

Both Greeks and Romans used must and its boiled down syrup to sweeten all manner of dishes. In Athenaeus, there is one mention of a fish tinged with grape must,  which he recounts as a paradigm of the art of cooking,  noting that such creations are what ultimately saved man from cannibalism!  The Roman chef Apicius used boiled grape must in cheese sauce for lettuce and  sauce for boiled turnips;  as an addition to barley soups and a seasoning in luscious game and poultry dishes, such as duck cooked with prunes and chicken cooked with leeks and herbs. It was also used as a sweetener proper in a whole slew of both Greek and Roman pastries, sweetbreads, and cheese-filled desserts.

Today, the juice of the grape before it becomes wine finds  uses in the kitchen no less varied than it did eons ago.  Moustalevria and moustokouloura are the two most obvious preparations that come to mind. But all around Greece there are dozens of local specialties that call for the grape’s sweet liquid, either in the form of juice (mousto) or  syrup (petimezi). One of the most unusual comes from Limnos, where fresh homemade pasta is boiled in grape must and served up as a hearty winter dessert.  In Tinos, trays of moustalevria, once set, are left to dry in the sun and then dredged in cinnamon and sesame. A similar sweet is made in Roumeli, too. Called moustopita, it is essentially sun-dried moustalevria sprinkled with sesame and seasoned with either bay leaf or basil. All over Greece, but esspecially in the north, there is a version of soutzouk loukoum made with moustalevria,  in which strung walnuts are dipped in moustalevria again and again until the coating becomes like a thick sausage. One of my own favorite recipes is an  old Smyrna dessert–culled from Liza Miheli’s book The Notebook of Erato–that calls for petimezi cooked into a kind of loose pudding, with milk, flour and eggs.

Grape syrup and flour combine in all sorts of cakes and pastries from different parts of the country, from the petimezopita of Crete, to the Phoeniki of Tinos, which is a similar kind of cake, made with olive oil, grape syrup, nuts, orange rind and raki.  But probably the most widespread use of the grape’s thick syrup is as a preservative for other fruits. All over the north of Greece, for example, and in several islands, we find the retseli, pumpkin or quince preserved in petimezi. In Crete, petimezi is drizzled over figs, which are then baked into a kind of preserve. By far, though, the most unusual, and I’d venture to say the most delicious, too, preparation with petimezi is to be found in Naoussa. There, grape syrup is called meli (honey). It is made with the delicious juice of the Xynomavro grape. One of the region’s best-loved desserts is something called kores sto meli, a luscious concoction of thickly sliced eggplants preserved in  grape syrup. It is eaten as a spoon sweet, but even better it is drizzled over buttery bobota in an oldworld dessert that luckily has survived the times.

BLOG
Related News
Fish Tales: How to Know if it's Fresh
by Diane Kochilas
SPECIFIC INGREDIENTS
It’s not by accident that literature is filled with references…
RECIPES
Similar Recipes
Greek Flavors for Thanksgiving
by Diane Kochilas
Thanksgiving
Traditional Greens and Pumpkin Pies from Ikaria (Pitarakia) Ingredients (for…