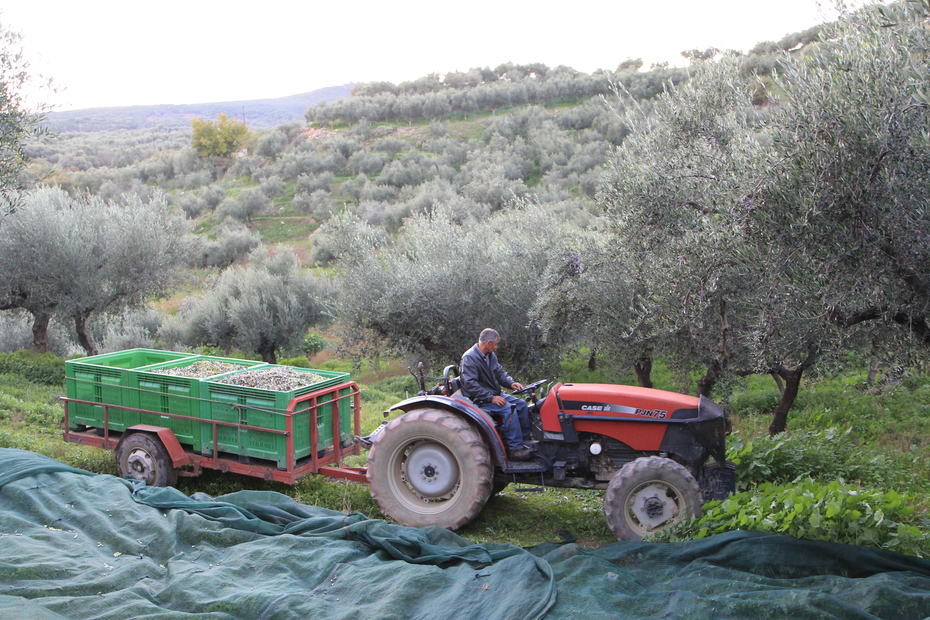 An unctuous, cloying scent permeates the winding back roads of the Greek countryside during the short, slate-skied days of winter. It’s the smell of years of olive harvesting and processing come to life again as farmers and producers gear up for their busy season. Mills start churning up for the months of work ahead, and vast quantities of table olives …

An unctuous, cloying scent permeates the winding back roads of the Greek countryside during the short, slate-skied days of winter. It’s the smell of years of olive harvesting and processing come to life again as farmers and producers gear up for their busy season. Mills start churning up for the months of work ahead, and vast quantities of table olives are transported, sorted, and finally steeped in the various solutions (from plain water to salt brine to vinegar to olive oil) that will help transform them from bitter inedible fruit to a pungent, delicious, nutritional food of both sustenance and pleasure. Greece produces about 120.000 tons of table olives per year. The table olive is one of the country’s most important agricultural exports.

The harvest begins in  October for table olives and continues for about two months, depending on the type of olive and the place it is cultivated. Green olives—essentially less ripe than their darker counterparts—are harvested first; next come all the plump black olives that are among the country’s best-known snacks: tight-skinned Kalamata olives with their pointy, nipple-like tip; juicy Amfissas in an array of browns, blacks and purples. Last to be plucked from the tree is the wrinkled black variety, which matures on the branch, can be harvested as late as March, and is cured in coarse salt not brine.

The weather is often somber and melancholy during the olive season in Greece. Clouds billow overhead, sometimes spraying a light rain for days on end, while black net-like tarpaulins or pearly-grey woven plastic drop cloths stretch under every olive tree, blanketing the damp earth over whole slopes.  Farmers lay them down to collect errant olives that fall to the ground. A few seasonal jewels enliven the short, dull days: The olive harvest is the time when pomegranates burst open on tree after tree, succulent winter grapes ripen invitingly along roadside vines, and paddles of prickly-pear-studded cactus grow riotously everywhere.

Many Greeks, myself included, have a few trees of their own. The olive and its production punctuates life here, even among city dwellers. Greece is the only country in the European Union, for example, that gives its civil servants paid time off to tend to the harvest. Despite my New York roots, I have come to love that time of year, not for its arduous work but for the carte blanch that home curing affords me. Each year a neighbor collects several kilos for me, sends them to my home in Athens, where I dutifully set about leaching out their bitterness, experimenting with various brine and oil solutions, and tinkering with the herbs that eventually end up imbuing them with flavors both subtle and robust.

In the last few years, packers and producers have begun experimenting with the timeless olive, too, so that today Greek packaged olives come in an ever-growing gamut, from classic Kalamatas bobbing in their red-wine-vinegar solution to unique green olives flavored with garlic, hot pepper and coriander or plump black olives seasoned with wild fennel.

Beyond Extra-Virgin: Greek Olive Oil and the Super Premium…
by Diane Kochilas
Articles
The time is ripe for rethinking the positioning of one…
RECIPES
Similar Recipes