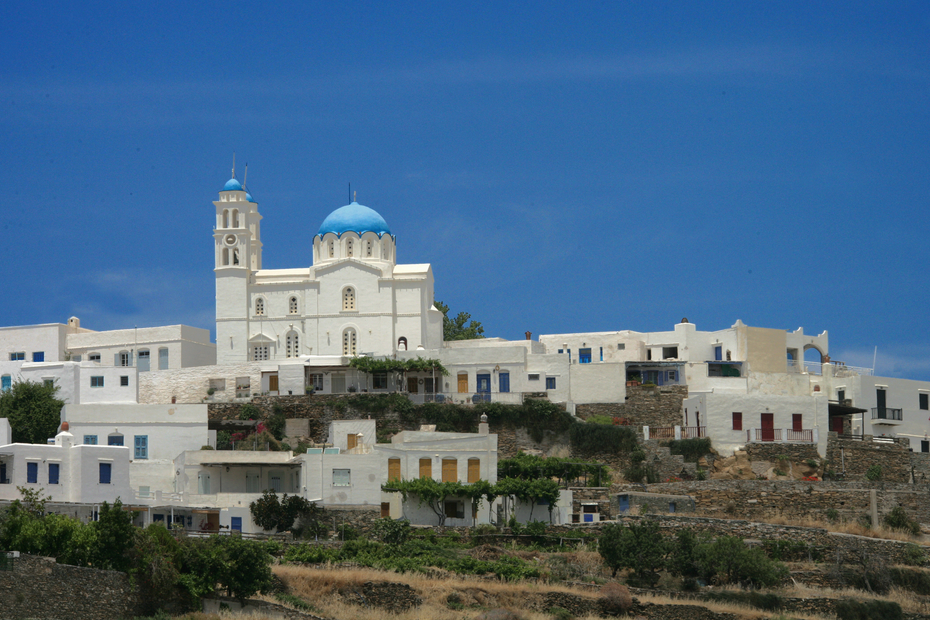 Flavors of the Aegean Islands

Greece’s sun-soaked islands are home to some of the country’s most unique foods. Nothing conjures up the dreamy images of Greece better than the Aegean, home to countless islands big and small and to cooking traditions as old as Homer. Islanders have their unique existence, defined by the deepest bond to place and familial roots, in common with one another, …

Greece’s sun-soaked islands are home to some of the country’s most unique foods. 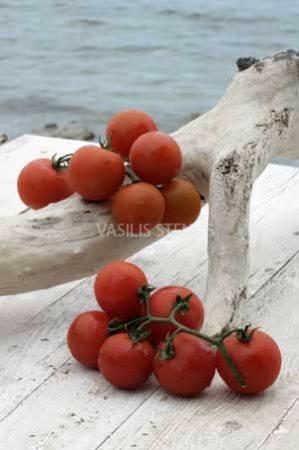 Nothing conjures up the dreamy images of Greece better than the Aegean, home to countless islands big and small and to cooking traditions as old as Homer.

Islanders have their unique existence, defined by the deepest bond to place and familial roots, in common with one another, regardless of whether they come from places as off-the-beaten track as Ikaria or as cosmopolitan as Rhodes or Santorini. Even the most touristed islands, overrun by throngs of visitors between April and October, revert to their ancient selves once the crowds go home. Agrarian rhythms mark the days and seasons.

Beyond the strong sense of place islands impart to their native sons and daughters, the Aegean islands are truly each and every one a separate universe. Their landscapes are different from one another, their histories individual—some grand and indelibly linked to the history of modern Europe; others humbler and untrammeled still. Even within specifically grouped islands like the Cyclades and the Dodecanese, each place is distinct, often with its own dialect, its own customs, and, without a doubt, its own cuisine and place-specific ingredients and dishes. 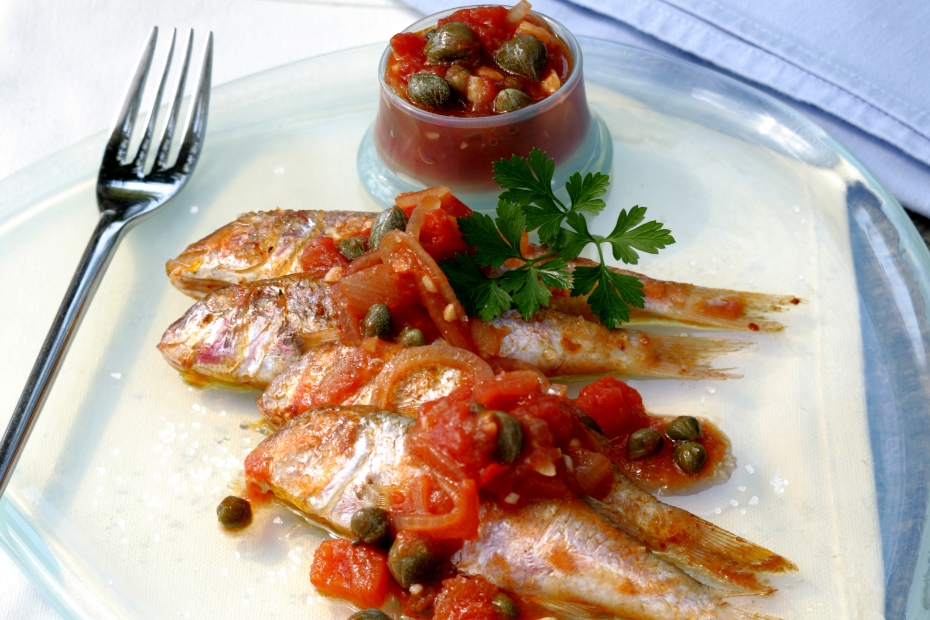 Red Mullets and Capers make this a specialty of the Cyclades, in the Aegean.

Yet, Aegean cooking may also be seen as a whole, hewn of the peculiarities of island life, the isolation, the uncompromising arid landscape that characterizes most Aegean islands, where raw ingredients were traditionally limited to a few garden vegetables, pulses, wild greens, fish, some meat, typically goat or lamb. But this simple litany of raw ingredients evolved over time into countless delicious dishes, paeans to the ingenuity of simple cooks who hold one thing dear: a respect for fine, seasonal foods.

The cooking of the Greek islands is elemental Greek cooking. In some places, fish plays a more important role than in others; in some islands, such as Sifnos, the staple food might be the humble chick pea, whereas in others, like Santorini, the tiny yellow split pea is the food of sustenance. In Rhodes, the chick pea is also the stuff of a national dish, in the form of fritters seasoned with cumin, a spice rarely found in other regional Greek dishes and one that perhaps evinces the island’s place as a gateway East and South. But Aegean cookery is nonetheless defined by its foundations: the three pillars of the Mediterranean, grapes, grains, and olives, reign supreme in all the islands in one form or another.

The pantry reflects agrarian customs, from oddities like the salt-cured goat – meat “pastourma” on my native island (it’s hardly a commercial product and is almost always used to flavor bean soup) to more elaborate charcuterie such as the wine-soaked specialties of the Cyclades and the unusual cured fish that have been specialties of Santorini, Sifnos and other places. In parts of the Dodecanese, certain rare shellfish are put up in seawater brines, and to this day accompany fishermen on their journeys out to sea. 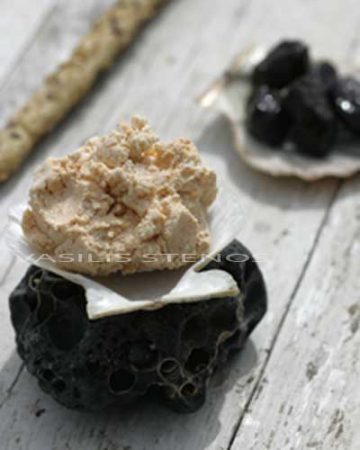 Mykonos’ most famous cheese is the pungent Kopanisti, made from cow’s or goat’s milk.

One of the grandest chapters in the culinary annals of the Aegean is surely its cheeses, with each island claiming at least one specialty and many boasting a handful of unique, fascinating products.

Regardless of specific products and dishes, the cuisine of the Aegean is marked by a pared down, no-nonsense aesthetic, one that surely derives from the hardships of island life. Cooks here prefer honest, straightforward dishes that allow the ingredients to shine. In an effort to share knowledge of at least some of those raw ingredients, I have included a brief pantry of the Aegean as a way for distant mariners to enjoy the simple delights of the Aegean’s mystical islands.