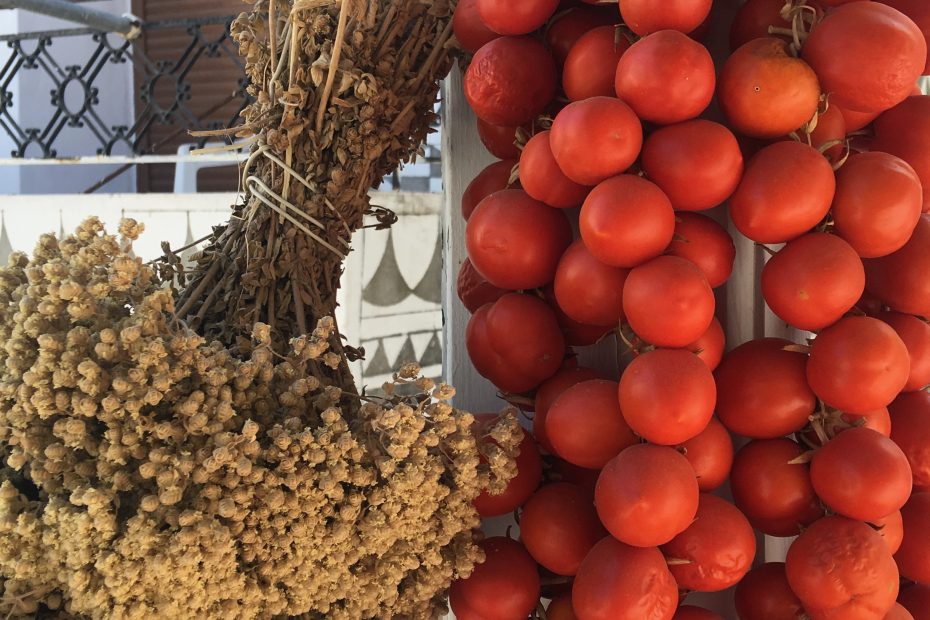 Christopher Columbus may have been from Chios. One thing is for sure, the Genoese imprint on Chian cooking is still palpable today. 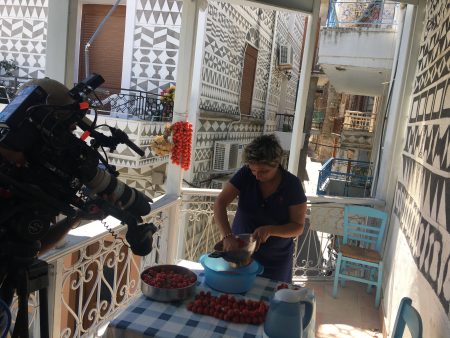 Chios, an island of 30,000 inhabitants in the Northeastern Aegean, is one of the most storied places in Greece, yet ironically one of its least touristed. A journey there reveals layers of history, glories past and present, and a food and drinks tradition unrivaled almost anywhere else in Greece.

Black-sand beaches, architectural masterpieces, perfectly preserved Mdeieval fortress towns, trees that cry, and nautical prowess…these are some of the things that have made Chios a place of beguiling interest. Add to that the theory that the world’s most famous sailor was born here – no, not Odysseus but Christopher Columbus – and Chios takes on a dimension far beyond its geographical perch. 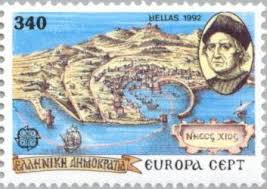 Locals are quick to tell you that Christopher Columbus lived here (in the town of Pirgi) before setting sail for the New World. Indeed, he may even have been born here, at least according the theory of historian Ruth Durlacher-Wolper, whose 2013 book, A New Theory Identifying the Locale of Columbus’s Light, Landfall, and Landing, sheds light on some of the mysteries surround the famed navigator. Chios was under Genoese control at the time (1346 – 1566), so essentially part of the Republic of Genoa; Columbus said he came from the Republic of Genoa, not necessarily Genoa itself. He wrote his journal in Latin and Greek, not in the Italian of Genoa. He is known to have referred to himself as “Columbus de Terra Rubra” (Columbus of the Red Earth) and Chios is still known for the red soil in the southern part of the island, where its renowned mastic trees grow. The Genoese traded mastic and Columbus also wrote about it. In Pirgi, to this day, the surname Colombus (Kolomvos) exists and is even carved above many doors in both Pirgi and neighboring Cimbori.

We may never know or be able to prove whether Columbus was indeed a Chian, but one thing is for sure: The Genoese stamp on local cuisine is palpable to this day. 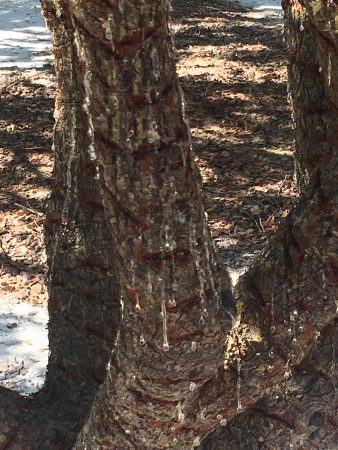 The island was made rich by its leading role in silk processing, shipping, and as the only source of Mastiha, a tear-drop-shaped, resinous superfood that is one of the Mediterranean’s oldest, most significant ingredients. Mastiha is still one of Greece’s most unique agricultural exports, an enticing, evocative spice with countless therapeutic benefits, which works as easily in savory dishes as it does in sweets. From citrus and/or tomato-based savory dishes to breads, cookies, chocolate and creamy white desserts, mastiha is a delicious addition.

Chios is famous for a unique variety of thick-skinned, intensely flavored tomatoes, likely a legacy of its Genoese past, which are strung to dry in the sun and make for a stunning contrast against the grey-and-white painted facades of traditional buildings in Columbus’s “home town (!), Pirgi.  Pasta is another local treat, especially a hand-rolled variety called “hirissia” and the town of Pitious is most famous for it. 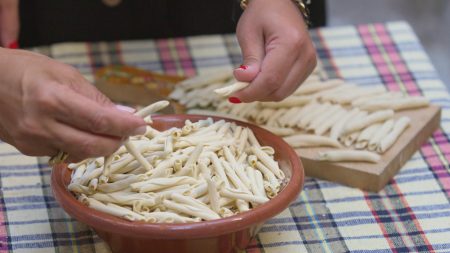 Chios is renowned for its wealth of preserves, both savory and sweet. The island’s spoon sweets – fruits preserved in sugar syrup – are legendary. Arguably the most revered of all is its rose petal preserves or jam, a delicately floral treat that pairs magnificently with Greek yogurt. Rosewater as well s orange blossom water are two more traditional products, hinting at a formidable production in all things distilled, and, indeed, the likes of mastiha liqueur, but also bitter almond liqueur, fruit liqueurs and souma, a unique fig distillate, are among its many fiery, potable…palliatives. 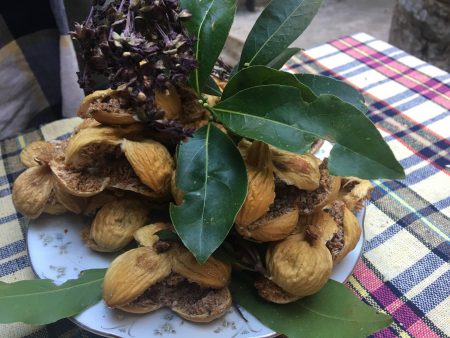 Local fruit varieties, especially the famed Chian mandarinia (tangerines), wonderful cheeses, and much more make up the table of Chios. But perhaps most delicious of all are the finishing touches, the island’s sweets and desserts. From loukoumia (Turkish delights) to the distinctly Italian sounding rafiolia (pumpking-filled sweet phyllo pastries), to myriad cookies, marzipan bites, nut-filled baklava-like confections and more, Chios’s pastry traditions are virtually unrivaled among Aegean islands.

So many New World additions insinuated themselves into the traditional cooking of Chios, thanks in many ways to its ties to Genoa and Genoese trade. But I can’t help but wonder, and imagine, the famed navigator anxiously chewing on a little mastiha, as he made landfall in the Bahamas.