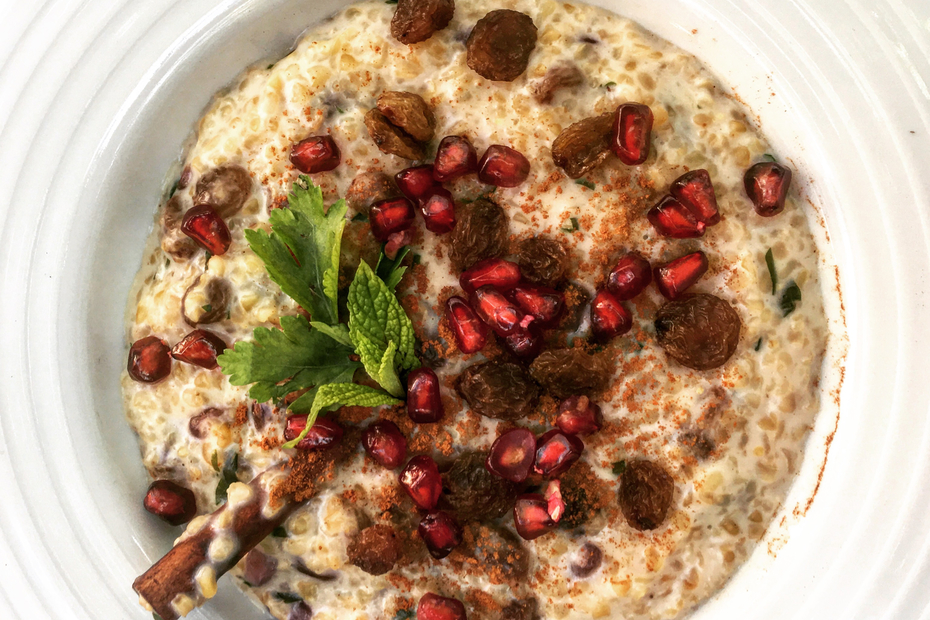 What is Trahana, the World’s Oldest Fast Food?

What is Trahana? One of the World’s Oldest Foods. The Original Slow Fast Food!   Trahana is one of the oldest foods in the Eastern Mediterranean, a tiny, pebble-shaped grain product that varies widely all over Greece. For the most part it evolved as an ingenious way to preserve milk. Trahana is made with either semolina, wheat flour, bulgur or …

One of the World’s Oldest Foods. The Original Slow Fast Food! 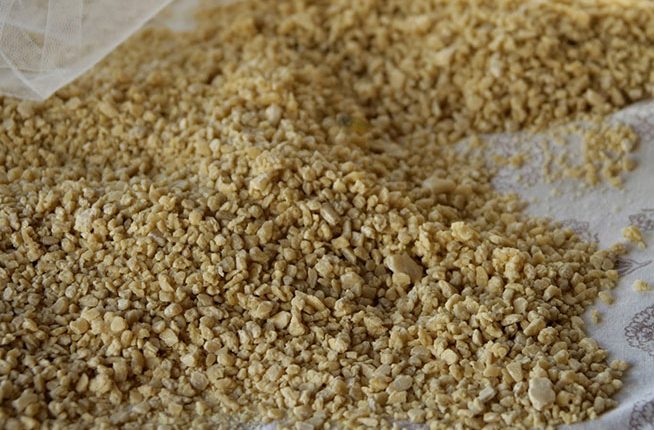 Trahana is one of the oldest foods in the Eastern Mediterranean, a tiny, pebble-shaped grain product that varies widely all over Greece. For the most part it evolved as an ingenious way to preserve milk.

Trahana is made with either semolina, wheat flour, bulgur or cracked wheat. Milk, buttermilk, or yogurt are mixed into the flour or wheat to form a thick mass. In Thrace, a Lenten trahana is made with flour and vegetable pulp, seasoned with sesame seeds and hot pepper flakes.

Trahana is always made at the end of the summer when there is enough of a breeze and enough heat to dry the morsels quickly but also because the summer is a time, in the agrarian cycle, when there is an excess of milk. Once the ingredients have been combined, they are broken into chunks, dried, and then broken up into smaller, pebbly pieces.

Dairy-based trahana comes in two types: sweet and sour. Sweet is made with whole milk, typically goat’s milk, and sour trahana is made with yogurt or buttermilk.

Trahana is an ancient food that fewer and fewer country cooks bother to make at home. But Greeks still love it and as a result a litany of regional artisan producers, mainly women’s cooperatives, have stepped in to fill a market demand. Thanks to them the tradition is surviving. 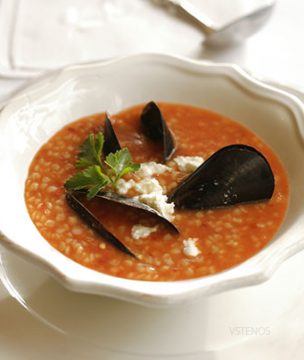 Ironically, rustic taverna cooks don’t put trahana on their menus, but high-end chefs do. In recent year, this ancient product has captured the imaginations of many. Traditional home cooks make trahana into porridge and serve it with yogurt or feta. The pebbly grains exude their tart milkiness as they disintegrate in the pot. In Epirus, home cooks prepare sour trahana with sausages, lamb, and goat and add it to savory pies. In Crete, cooks add the local trahana, called xinohondros, to a whole range of vegetable dishes. Trahana goes hand in hand with tomatoes in a delicious northern Greek meatball soup and cooks sometimes add it instead of breadcrumbs to the meatballs themselves, to help keep the mixture together.

Trahana is arguably the world’s oldest fast food and certainly one of its oldest comfort foods. Some historians believe that it evolved from the gruel that fed Greek and Roman foot soldiers as they conquered the world. Apicius, the 1st century Roman cookbook author, mentions something similar to trahana, called tractae, another kind of dense gruel used to thicken all sorts of foods. Its origins may lie in Persia, where so many of Mediterranean foods originated. Tarkhaneh was a pebbly grain-and-dairy product in medieval Persia. It makes sense that Turkish tribes might have discovered it there and adapted it, since these nutrition-packed, filling, feather-light little pellets are the perfect nomad’s food. On the other hand, the Arabs have been eating a similar granular wheat product called “kishk” (like the keskeki of Samos and other eastern Aegean islands) since at least the 9th century.

Whatever its origins, trahana in various forms is still found almost everywhere from the Balkans to the Middle East. In Greece alone, the variety is impressive: cup-shaped trahana from Lesvos (called koupes), Cretan xinohondros, Thracian trahana studded with sesame seeds and boukovo, Macedonian trahana made with red pepper pulp, and the standard sweet and sour varieties made in so many workshops all over the country. Even the range of traditional dishes is huge: in hearty vegetable stews, matched with eggplants, okra, green beans and greens, as they cook it (xinohondros) in Crete. Or with snails, another popular Cretan dish. Coupled with meat, especially goat, it makes for a hearty winter meal. It is the basis of countless pies from central and northern Greece. It is also the country’s first instant soup, mixed with water and served with yogurt or crumbled feta. There are even island recipes that call for mixing sweet trahana with grape must.

Trahana, in its most basic form, as a filling porridge, is the traditional farmer’s breakfast in the Greek countryside. 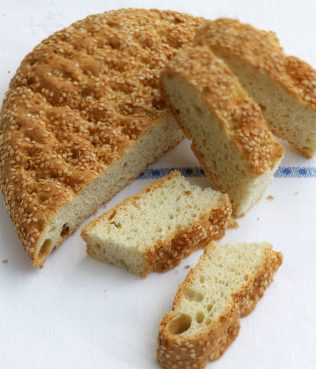