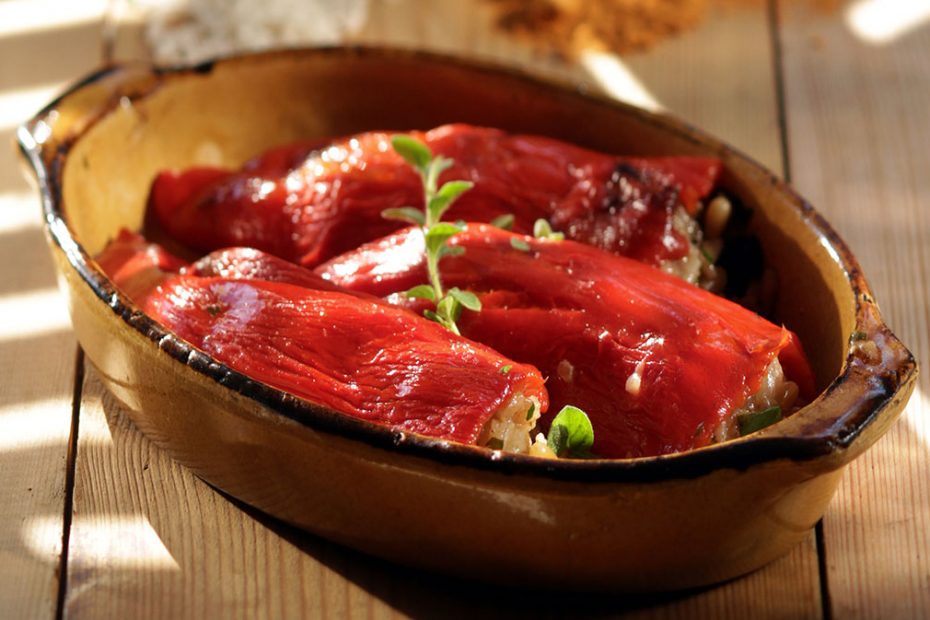 SAVORING THESSALONIKI — GREECE’S SECOND CITY IS FIRST FOR FOOD   Greece’s second city is first in food, a well-kept secret to those in the know that’s now out of the bag, thanks to the venerable paper of record, the New York Times, which a few days ago listed Thessaloniki as number 47 on a list of 52 places one …

GREECE’S SECOND CITY IS FIRST FOR 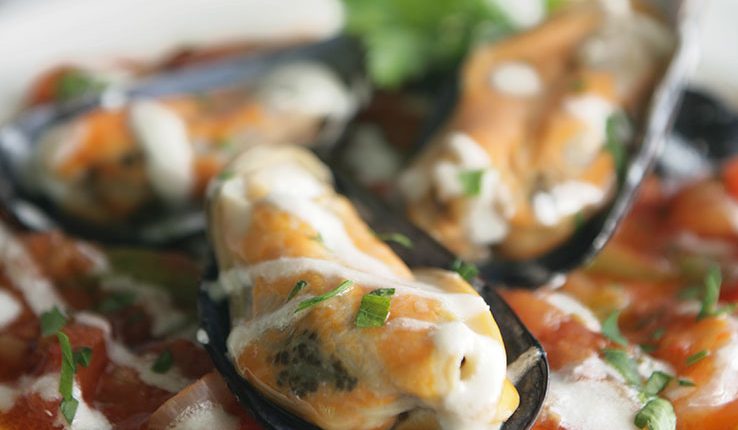 Greece’s second city is first in food, a well-kept secret to those in the know that’s now out of the bag, thanks to the venerable paper of record, the New York Times, which a few days ago listed Thessaloniki as number 47 on a list of 52 places one should visit in 2016. The main reason: its vibrant cuisine.

Thessaloniki has long enjoyed almost cult status as a great food city. History, the lay of the land, and an ingrained urbanity among Thessalonikans are the reasons.

Unlike Athens, whose history as a city is long but spotted, Thessaloniki has thrived as an urban center uninterrupted for more than two thousand years. Its unique geographical location and status as a natural port, has made it a cross-roads between East and West for centuries if not eons.

But the famed cuisine of this sophisticated city is the perfect example of the saying that good food begins in the field, for Thessaloniki is blessed with proximity to the most flourishing agricultural lands in Greece. The country’s highest mountains surround the vast plains that supply the north, and, indeed, the whole country, with wheat, corn and other crops. On their slopes, within an hour or so from Thessaloniki, the country’s most delicious apples, pears, peaches, apricots, cherries and vines flourish. Indeed, some of the most prized Greek wines are produced nearby in Naoussa, family home of Thessaloniki’s charismatic mayor, Yiannis Boutaris, who hails from an old wine-making family. 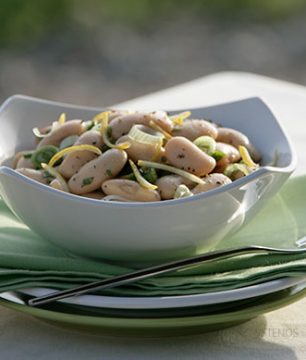 Macedonia’s coldest mountain enclaves are where the best Greek giant beans—the baked, buttery gigantes of so many taverna menus—are grown, especially around Prespes, the lake region that borders Albania; Macedonia is also where the best nuts, everything from walnuts to almonds to hazelnuts, grow.  All these and more find there their way into local urban cooking of Thessaloniki.

Walnuts, for example, not only provide the stuffing for the myriad syrupy phyllo sweets that are among the pastry specialties of the city but they also go into sauces, dips and savory pies. Macedonian melitzanosalata (roasted eggplant spread) as well as skordalia (garlicky puree of either bread or potatoes) typically contain ground walnuts, and these are among the countless traditional dishes in the city’s many restaurants and tavernas. 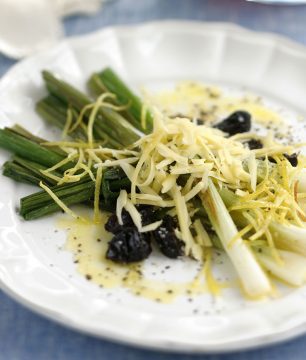 Within just a short drive from Thessaloniki, a wealth of great local products are made: great yogurt from a handful of nearby small towns and villages, such as Dorkado, which was settled in 1922 by yogurt-loving Greeks refugees from an Silivria, in Eastern Thrace (present-day Turkey), and who, until recently, held a yearly yogurt festival; some of the best-crafted cheeses in Greece, such as the Kasseri from nearby Sohou; the trinity of peaches, apples, and cherries that are the basics of the Macedonian fruit bowl; rice; local and regional pasta products; buffalo and buffalo milk in Kalochori, a short drive away; seafood from the bay-laced coast and so much more. Mussels, shrimp, and grilled sardines are among some of the most delectable seafood offerings. Meat, dairy and tomatoes are also important products up here.

All of Macedonia’s agricultural and maritime traditions come together in Thessaloniki, which is, to this day, an edible  “salade Macedoine” that is really the sum of its parts: a varied, multifaceted, fascinating mirror of the land’s historical place as a crossroads between East and West but also of its rich agricultural traditions. Because Macedonia has always been one of the most fertile parts of the Balkans, neighboring armies marched through aiming to stake a claim to the region’s promising landscape; Romans, Slavs, Bulgars, and Ottomans, among others, all left their stamp on Macedonia and its cuisine, and these have been absorbed in the streets and alleys of Thessaloniki; the nomadic Vlachs and Sarakatsans, until the 1960s itinerant shepherds, helped establish the region as one of Greece’s premiere dairy producers (some of the best Feta, Kasseri, Manouri and other Greek cheeses are produced in Macedonia and Thrace) and also gave the country some of its most delicious dishes—countless savory pies filled with wild greens (among them nettles) and cheeses. 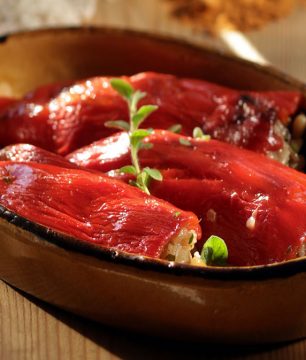 The taste for the hearty, strong-bodied dishes runs in other directions, too. For example, the local cookery is filled with fruit-and-protein combinations that are not found anywhere else in Greece. Prunes get tossed into leek and tomato stews or into veal and beef stews; quince is a favorite, cut into slices like a potato and cooked with chicken or beef and tomato or even stuffed with ground meat and cinnamon.

Arguably the largest single influence on the local cuisine came with the million or so Greek refugees from the shores of Asia Minor and from the Black Sea, who arrived in 1922 as a result of the political upheavals of the time. They brought with them a wealth of new, sophisticated, spiced dishes and culinary traditions, from moussaka to stuffed vine leaves to cumin-spiced ground meat sausages to the whole small-plate (meze) tradition, unusual cheeses and pasta, and more, that have come to be the beacons not only of regional Macedonian (and Thracian) cuisine but of greater Greek cooking, too. 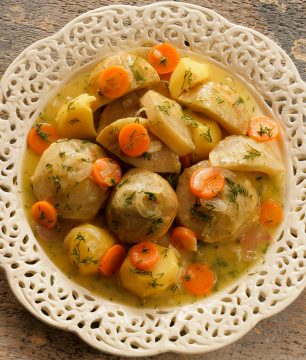 The region’s ability to absorb and co-opt these seemingly infinite influences continues to this day; from the late 1980’s, with the dissolution of the Soviet Union and the consequent upheavals in Eastern Europe) thousands of Greeks who had been living in former Soviet territories in the Caucasus and around the Black Sea returned, bringing with them yet another layer of foods and customs to be woven seamlessly into the tapestry of Greece’s northern capital.

The city itself is host to Greece’s most vibrant central market, the Modiano, but also outlying neighborhood farmers’ markets, where the whole gamut of northern Greek seasonal fruits and vegetables as well as many specialty items are on parade, among them: dried fruit and nuts from all over Greece’s north, including cornelian cherries, dried cherry plums, even wild rosebuds, which are used to make an ersatz molasses. Specialty markets and neighborhood laiki agoras showcase the unique foods of the Pontian Greeks; many of these products, in fact, are made in small workshops and women’s cooperatives in nearby towns and villages.

With so much history and so many great raw ingredients at their disposal, the region’s restaurants are often pillars of tradition. But the trend toward more innovative cooking has also taken hold. Thessaloniki is home to Greece’s first “feta bar,” and to a novel concept that combines a grocery and eatery in one. A spate of new restaurants reinvents the classics, I dare say with a touch more urbanity and sophistication than is often seen in the capital, Athens.

The city is famed for its simple neighborhood places, too, sometimes catering to working folks like bus drivers and dock workers, where local delicious food is served. These once thrived but are now waning, victims of globalization and changing tastes. But the remaining old meze restaurants, triperies, great souvlaki and kebab houses, soup restaurants and more are a testament to the longstanding tradition of good food, easily found. 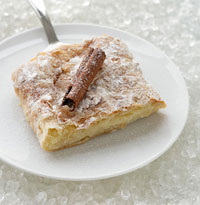 Cosmopolitan Thessaloniki is also known admiringly by its locals as the sweet mother, thanks to its longstanding pastry tradition. Almost everywhere you turn, there is a shop selling soropiasta in every shape and size; some of Greece’s leading pastry dynasties hail from Thessaloniki. One whole area of the city, Panorama, is known for a particular sweet, the large, triangular, custard-filled phyllo pies called trigona. Bougatsa, known throughout the rest of Greece (especially Crete) as a luscious cheese- or cream-filled pastry in Thessaloniki expands boundaries to include the classic sweet version with cream but also a savory pastry filled with ground meat, cheese and/or greens. It is, of course, a “local” specialty, which, like so much more, arrived here with the Mikrasiates.

Thessaloniki itself, with its friendly waterfront, café and meze culture, and eminent livability, is a small city with a big past and with the uncanny, historic ability to embrace and co-opt all the various influences that have shaped her since time immemorial. They say that you can leave Thessaloniki but that she never leaves you.

BLOG
Related News
Ikaria: Making Wine with My Feet
Articles
The end of the summer on Ikaria is always filled…
RECIPES
Similar Recipes