Do you love tahini as much as I do? It is one of the most nutritious ingredients in the Mediterranean Diet, an excellent source of copper and selenium, important for immunity boosting and more. It’s also delicious, of course, and Samythos, which you can find online, is special: Passionate artisan Thanassis Polyzoidis produces dark, nutty cold-pressed tahini from organic unhulled sesame seeds, which he grows in what was traditionally the sesame basket of Northern Greece. Guest writer Diana Farr Louis talked to Polyzoidis about why tahini is his life’s work. 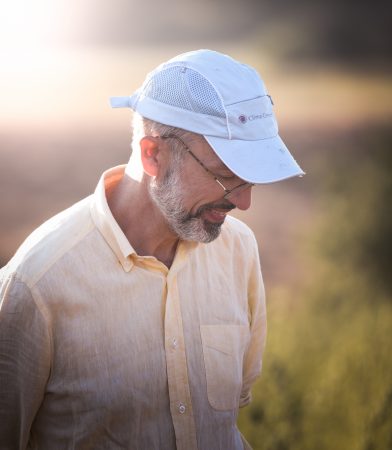 As a kid Thanasis Polyzoidis loved the life of a farmer, as he got to experience it through his grandparents. He knew even then that he wanted to grow things too so he went to an agricultural university but it took him a while to figure out what crop to specialize in. His interests lie in food and nutrition so the idea of a superfood attracted him. But which? After talking with the village elders and listening to the men griping in the cafes about how Thrace was the end of the world and its crops would always be ignored, two possibilities presented themselves – legumes and sesame.

In Thrace tahini is a staple. It was a constant in the family kitchen, Thanasis’ mother used sesame when she made trahana (rustic pasta), tahini thickened and flavored many of their dishes, and tahini pies are a traditional sweet at engagement parties. Plus, the sesame of Thrace is the most aromatic and flavorful of all the varieties but there’s also a downside: it’s extremely difficult to harvest. Thanasis spent ten years researching how to grow the best sesame seeds but also how to process them into tahini that would contain all the nutrients that have made it a superfood since antiquity.

Besides wanting his cultivations to be completely organic and ecologically friendly, he also had to find the right equipment and his search led him to a university in Seoul – South Korea being another country with a love of sesame products – which produced the answer. Now, just three years after he opened his plant, his tahini has won awards and is exported to several foreign countries from the US to the UAE, Finland, France and Lithuania, among others. 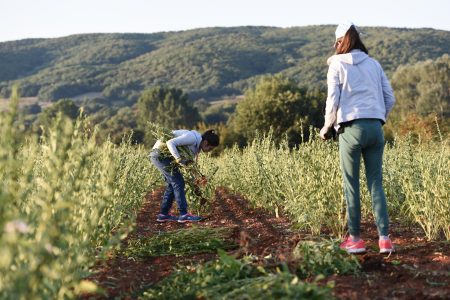 Samythos is a family company, just Thanasis, his wife, their three daughters, and a few nieces and nephews. Coined by his oldest daughter, the name represents the union of two words – sami, sesame in the local dialect, and mythos or myth. Very fitting, especially since Samythos tahini seems well on its way to becoming legend.

Diana Farr Louis is an American writer based in Athens. You can find more of her writing at www.weeklyhubris.com