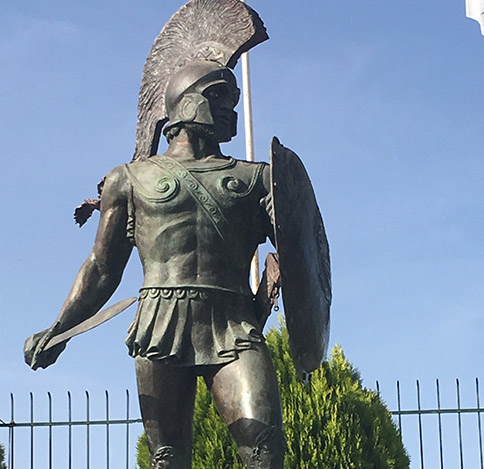 Less is More in Laconia

The flavors of Laconia are pared down and intense, characterized by health-giving simplicity transported on a constant flow of the region’s famed emerald green olive oil.

Laconia, and specifically Laconian Mani, was once so poor that even Byzantine emperors commented on its landscape of hardship: “The place is waterless and inaccessible, but has olives from which they gain some consolation,” wrote Emperor Constantine Porphyrogenitus in 950 A.D.

This kind of dire poverty is still a living memory throughout the area, although tourism and, yes, those olives, provide a way for locals to survive and thrive. Some of the most renowned olive oil in the world is pressed from the fruit of ancient twisted trees jutting out of a rugged, dry landscape, trees seemingly nourished on pure rock. The trees are mostly of the Coroneiki variety, which produces small olives that are considered Greece’s premiere oil olive. 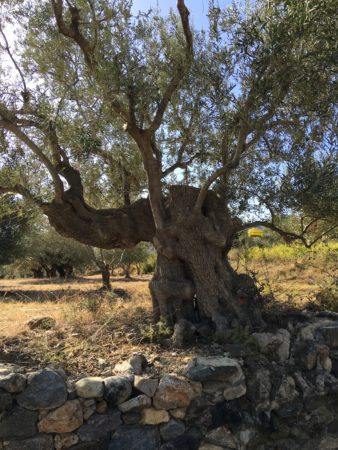 Needless to say, the cuisine is rich in dishes in which olive oil plays a starring role; I’ve heard more than one local cook say that it is “more plentiful than water.” Local specialties include things such as boiled greens doused in emerald oil, wild greens cooked  with black-eyed peas and olive oil; spinach cooked with oranges, citrus, specifically orange, being another major crop in the region.

A flat wide greens pie called Saiti, the word for kite, is a specialty of the region, as is a hand-made local pasta called goggyles, almost like little nuggets, served with hot oil and grated sharp kefalotyri cheese. Trahana, the milk-based pebbly dried grain product, is produced in the region as well. Olive oil goes into the local variety of paximadia, or rusks, and is even the fat of choice in kourambiedes, the shortbread holiday cookies typically made with butter all over the rest of Greece.

On the protein side, beyond the rich heritage of fresh fish and seafood, the region is famous for its range of cured pork products, some preserved in its famed olive oil and many redolent of orange, the predominant perfume for everything from greens to dessert.

A landscape so dry and rough inevitably produces edible plants with incredibly intense aromas, among them the whole range of Greek herbs, from savory, oregano, marjoram and thyme to mint, pennyroyal and more. Flakes of pure white sea salt collected from the coasts is among the best in Greece.

To discover the flavors and foods of this once isolated region of the Peloponnese is to discover what is most essential about Greek cooking, its purity and health-giving simplicity.

Check out the delicacies of a Laconian pantry, all available online!

BLOG
Related News
Ikaria: Making Wine with My Feet
Articles
The end of the summer on Ikaria is always filled…
RECIPES
Similar Recipes