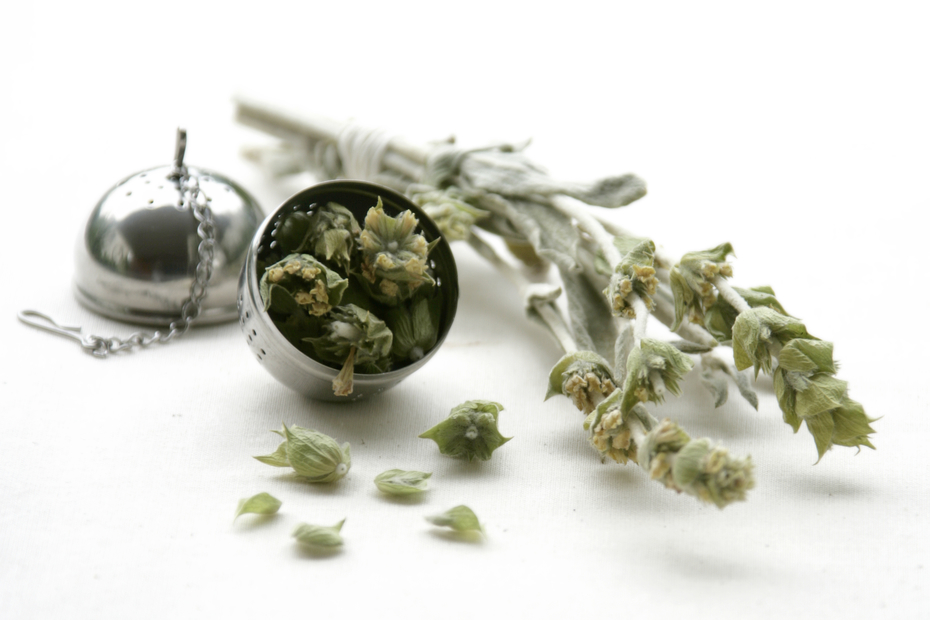 If you’re looking for one of the secrets to Ikarian longevity – and, indeed, a key component to the Mediterranean diet as a whole – you need to take a look at the island’s bounty of herbal teas. Yes, you probably know all about the way fresh and dried herbs spice up many a Mediterranean dish, but dried herbs actually … 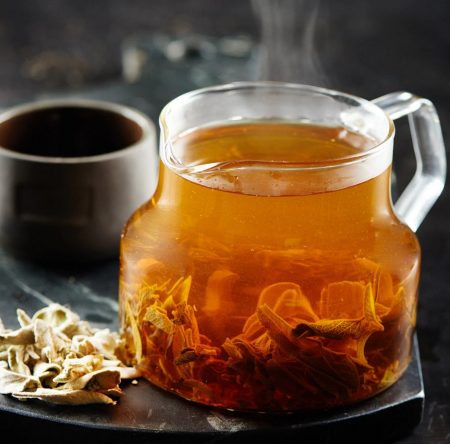 If you’re looking for one of the secrets to Ikarian longevity – and, indeed, a key component to the Mediterranean diet as a whole – you need to take a look at the island’s bounty of herbal teas. Yes, you probably know all about the way fresh and dried herbs spice up many a Mediterranean dish, but dried herbs actually serve a double function: they form the backbone of Ikaria’s folk pharmacopoeia, with therapeutic effects – and the knowledge thereof –that have been passed down from generation to generation.

On Ikaria, and in kitchens across the Mediterranean and Greece, it’s typical to pick herbs at their peak freshness in spring and summer, then dry them at home, hung upside down in a shady, breezy place. Then they’re stored, often used as a seasoning, but also made into infusions to combat plenty of ailments: They’re loaded with antioxidants, some can promote gum health and soothe stomach aches, while others combat hypertension and can help to relax you right to sleep.

And the best thing about these infusions? They’re incredibly simple to make. Just drop a teaspoon or two of dried herbs into a tea strainer, then pour on the boiling water. Simply steep for 10 minutes, and you’re ready to go. If you crave a touch of sweetness, add honey – it’s nature’s antibiotic, and a very natural way to kick up the sweetness of your drink without synthetic sugars. In fact, they even come in a number of flavors, from blossom and pine to thyme and fall heather flower.

Want to start incorporating teas into your own daily routine? There is something for every taste, from the heavy hitters like mint and chamomile to lesser-known plant infusions like borage, absinthe wormwood, elder, and much more. Below, I’ve listed Ikaria’s 6 most famous teas, some of which you’ll find ready to order at my shop! 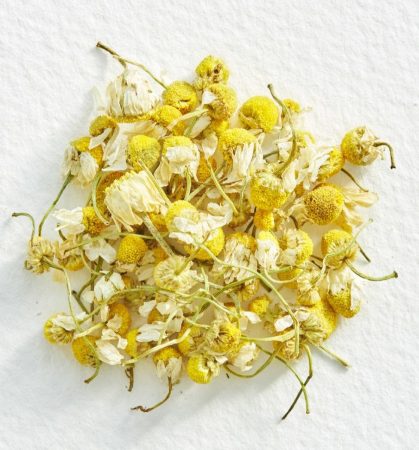 This might be one of the most common herbal infusions. Ikaria in spring is perfumed with chamomile, which smells a bit like green apples, and its name in Greek even means low apple, after the way it spreads like clover across the ground. This tea has a plethora of good qualities: It’s used to treat babies with colic as well as help with insomnia, it can be made into a poultice for eye inflammation and rashes, and it’s a natural expectorant. 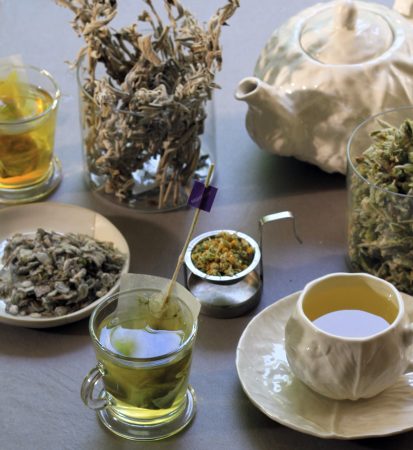 Ikaria has 3 common types of mint tea. First, there’s spearmint, which is best known and mainly used in cooking; however, as a tea, it also serves as an antidote to upset stomachs. Then there’s peppermint, which is perfect for calming stomach cramps, menstrual pains, fevers, and colds. And lastly, pennyroyal helps to sooth many of the ailments as the other two mints, but it also has been used since ancient times to kickstart a woman’s menstrual cycle.

Yes, you may know oregano mainly from any of a number of recipes from the Mediterranean kitchen, but did you know it also makes for a great herbal infusion? It helps to soothe indigestion and an upset stomach. This herb is also highly concentrated in antioxidants, which fights cellular damage due to chronic disease. Oregano also has antiviral antibiotic properties, so it’s just as good for your health as it is for your cooking. 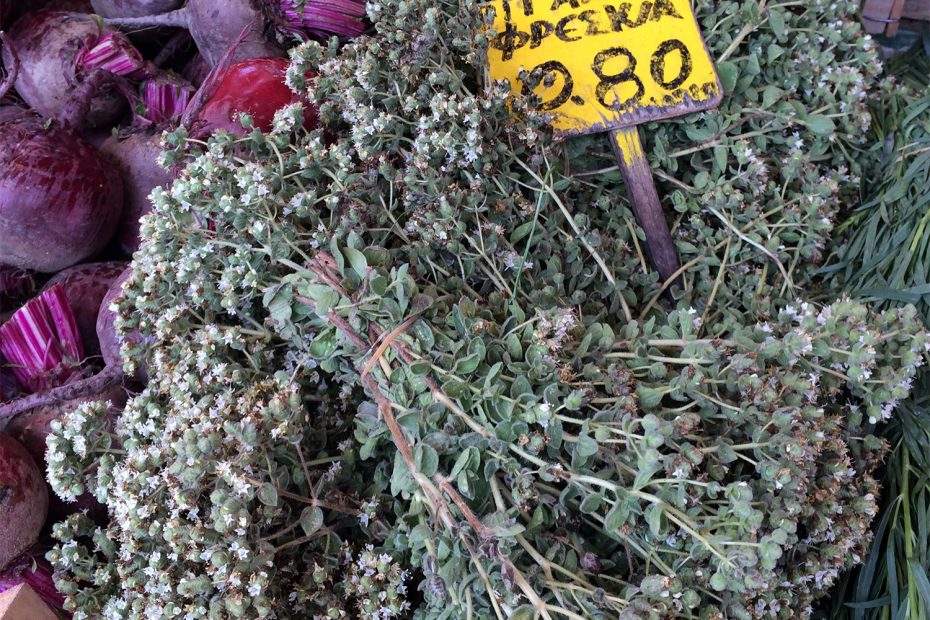 Sage could very well be considered a key herb in the Greek kitchen. It has been beloved since prehistoric times; in Crete’s ancient Minoan culture, a fresco shows that even in 1400 BC, Greeks were drinking sage. And it appears that they were on to something. According to some studies, drinking two cups of sage tea each day could increase blood antioxidant levels, lower your LDL cholesterol, while also upping the “good” HDL cholesterol. It has a strong taste, so you might want to mix it with other herbs or give it a touch of sweetness with any of the amazing local honeys Greece has to offer. 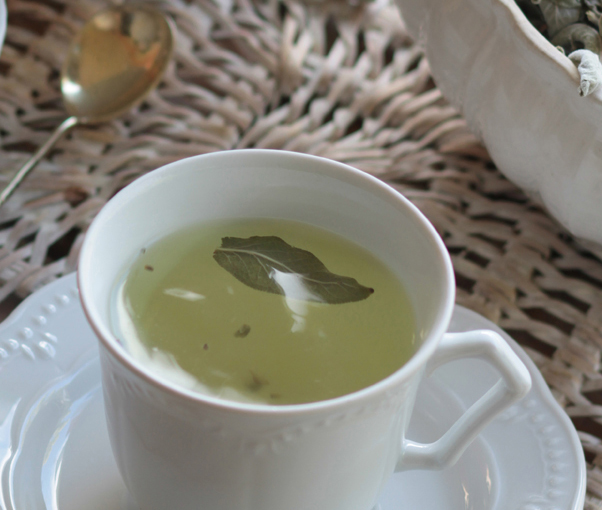 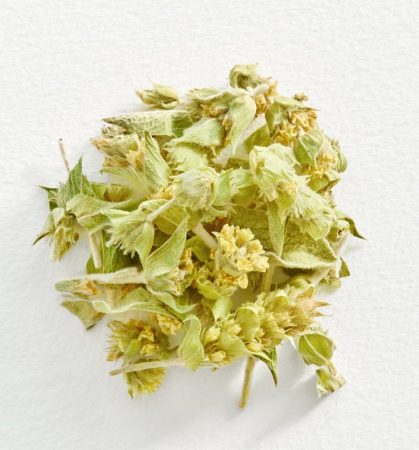 Mountain tea is a staple in Greece, one that only grows in the mountains at very high elevations – those who pick it use the flowers, stems, and leaves of the sideritis herb. Sometimes called tsai tou vounou in Greek, this tea has an entire host of benefits: it helps with upset stomachs, colds, and coughs. It works as an anti-inflammatory, an excellent diuretic, and when sipped with lemon and honey, it’s a good “cure” for a sore throat. 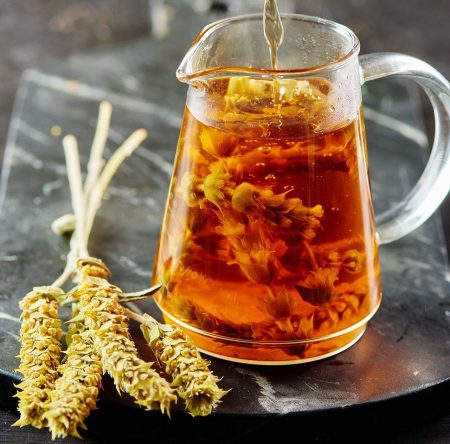 Got a sore throat? Insomnia? Heart problems? Hawthorn helps with all these ailments and more, including kidney stones, dyspepsia, and diarrhea. This plant, also called perikathe, comes from a tree with small white flowers. It’s also quite popular with the island’s goats! 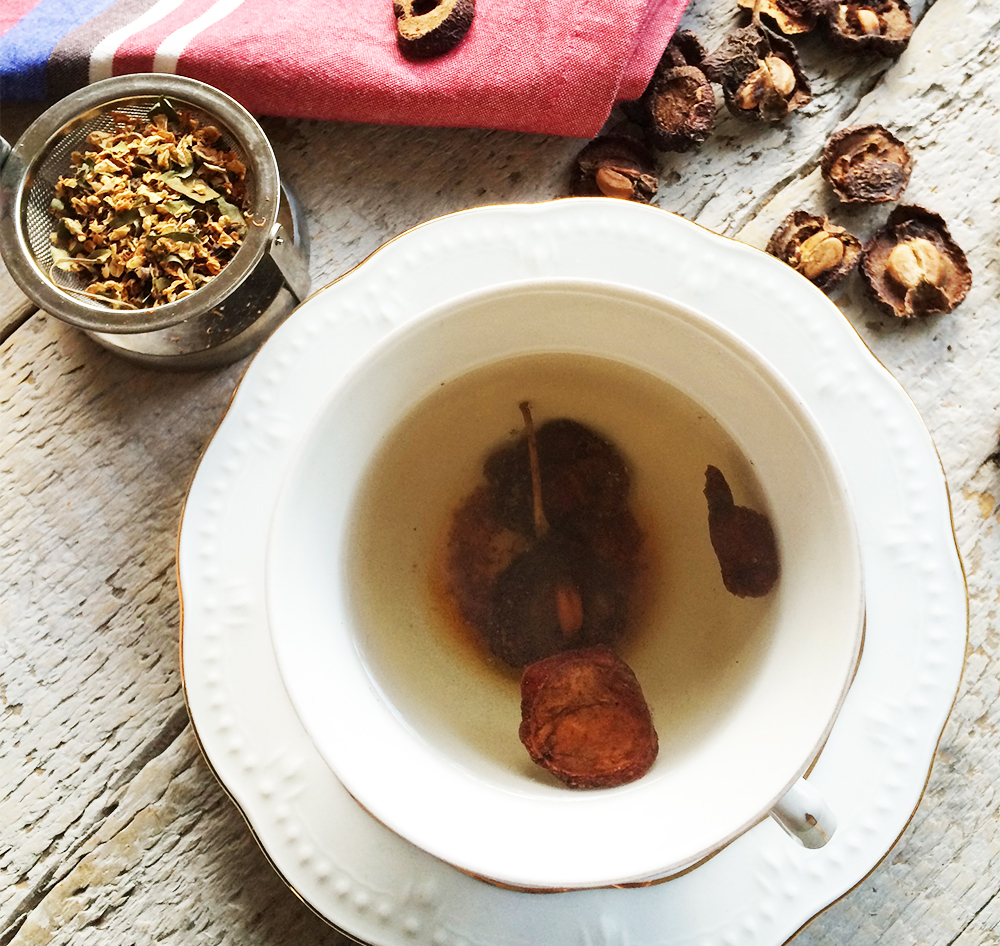 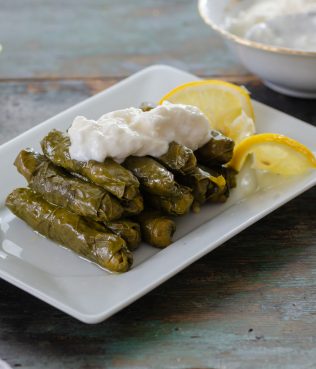