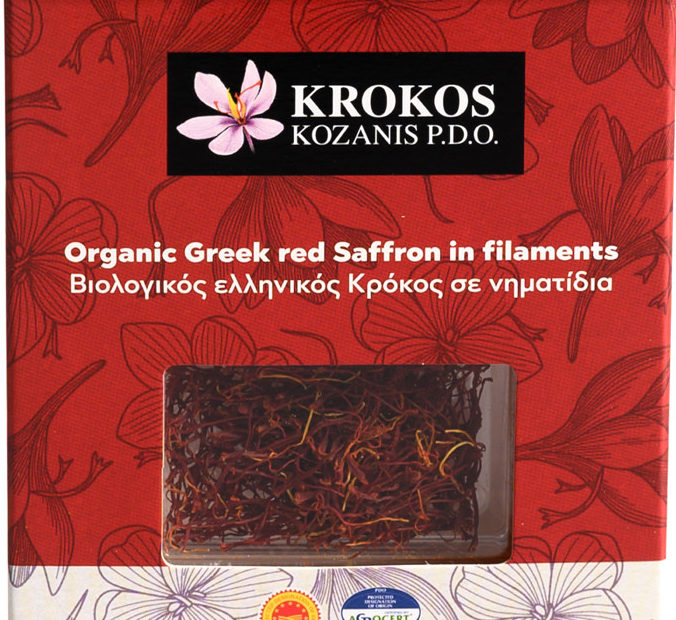 Krokos Kozanis, or saffron, has flavored the foods and drinks of Greece forever. The tiny crocus flower from which saffron is harvested grows wild on Greek islands and has been prized since Minoan times. All Greek saffron is now cultivated in the damp, chilly climate of Kozani in Macedonia, Northern Greece. Time-tested and delicious, it’s one of the finest saffrons in the world. 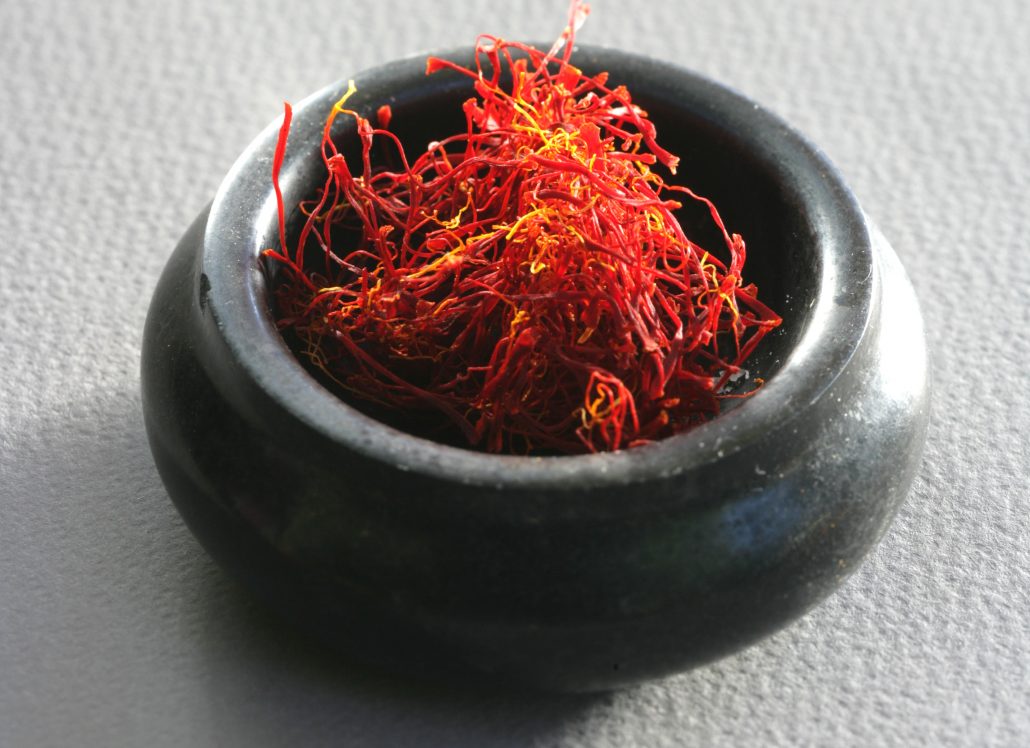 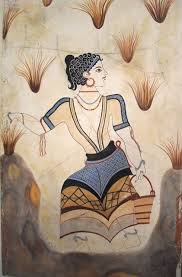 Ancient but Relatively New, too…

Saffron has been part of the Greek flora for ages, but came to be a commercial crop in Macedonia only in the late 19th century, specifically in the prefecture of Kozani, in the beautiful fertile lake region of Macedonia, home to some of the country’s most delicious red and rosé wines, and to this seductive, delicate spice. Kozani’s warm, humid summers, cold, rainy winters and rich soil, provide ideal growing conditions for what is generally referred to as the world’s most expensive spice. Greece’s much revered saffron is renowned for its deep, crimson color and full, almost intoxicating aroma. 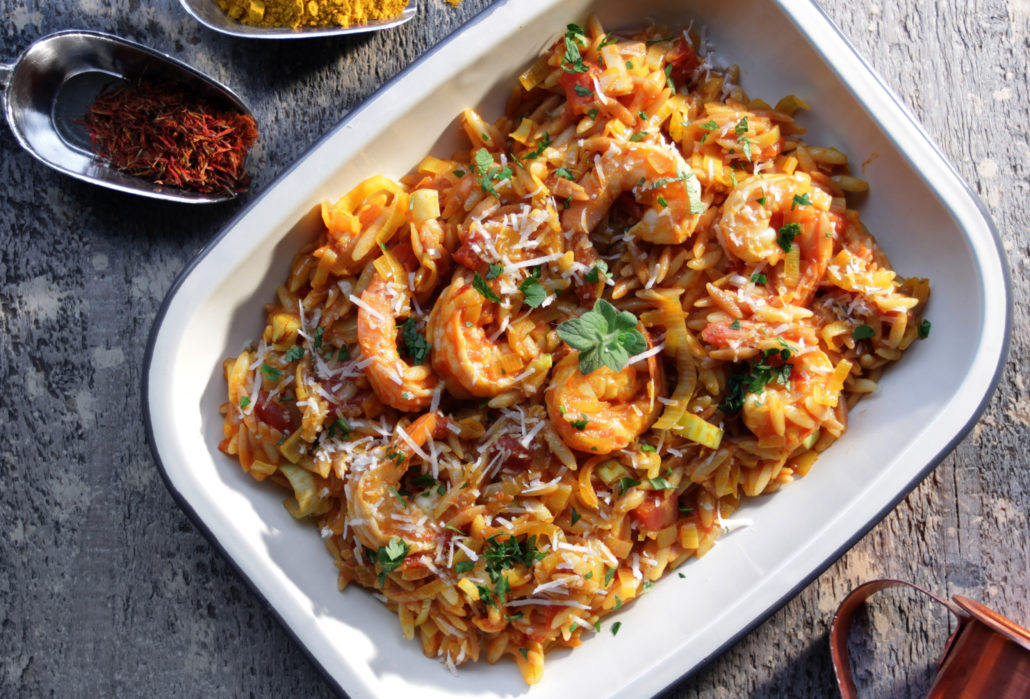 This Greek recipe for shrimp and orzo is perfumed with krokos Kozanis, or Greek saffron

Krokos Kozanis, one of Greece’s many PDO products, is grown and harvested by about 1,500 families in the 39 villages and hamlets around the city of Kozani. The harvest takes place in late October and early November. The tiny purple flower bursting out of rain-soaked fields is just about the only speck of color. The sky is pewter. The temperatures chill bones young and old. Nonetheless, the saffron harvest must go on and the whole area is busy with it, in stages. First, it’s plucked and gathered up in baskets and crates. Then, at home on cold nights, hopefully with a fireplace roaring and some saffron-dyed tsipouro nearby, whole extended families of women sit around the table pinching out the flowers’ valuable crimson stigmas. Sorting and drying is next, the former an activity also exclusively reserved for nimble female fingers over many months. The trick is to get the real stuff, the high-priced red threads and to leave the ersatz gold thread aside. Both are inside the crocus’s little bell-like cavity. Getting a kilo of saffron means plucking the powdery threads from about 150.000 flowers. After sorting, the families turn over their saffron to the Saffron Producers Cooperative of Kozani, founded in 1971. All families involved in the cultivation of saffron belong the co-op, which has the exclusive right to process the spice. 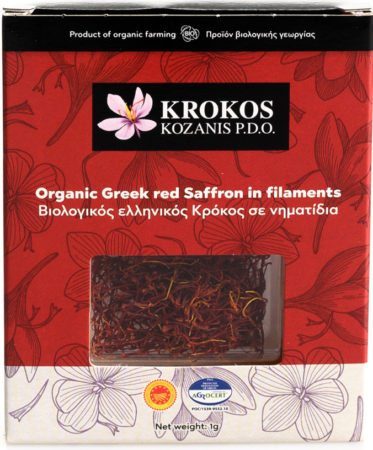 Saffron has existed in Greece since remotest antiquity, but not always in Kozani. The harvest is depicted in some of the most famous Minoan frescoes and vase paintings found in Crete, and to this day, the saffron-producing crocus flower still grows wild in Santorini and a few other Aegean islands. The ancient Greeks knew saffron less as a spice and more for its medicinal properties. It was used as an ingredient in spiced wine and today is one of the 57 ingredients that comprise the Holy Chrism, the aromatic unguent used in many of the rituals of the Greek Orthodox Church. Saffron made its way to the damp, humid villages of Kozani only as recently as the 17th century, by local merchants who carried the crocus bulbs back with them from Austria. Up until a few years ago, it was sold almost entirely in bulk to Italy and Spain. In Kozani itself, it was mainly used to flavor local distilled spirits (tsipouro) and coffee. Now, though, it is one of the most ardently used spices in contemporary Greek cooking and an ingredient that has found its way into the ever-growing range of functional foods and teas. Organic saffron is also growing in importance. The spice is no longer sold mainly in bulk, but rather beautifully packaged and available both as whole stigmas and in powdered form.

And for some of my favourite Greek saffron recipes, click here! 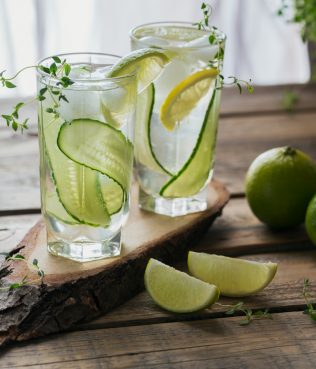 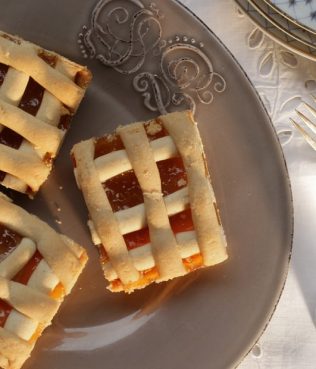