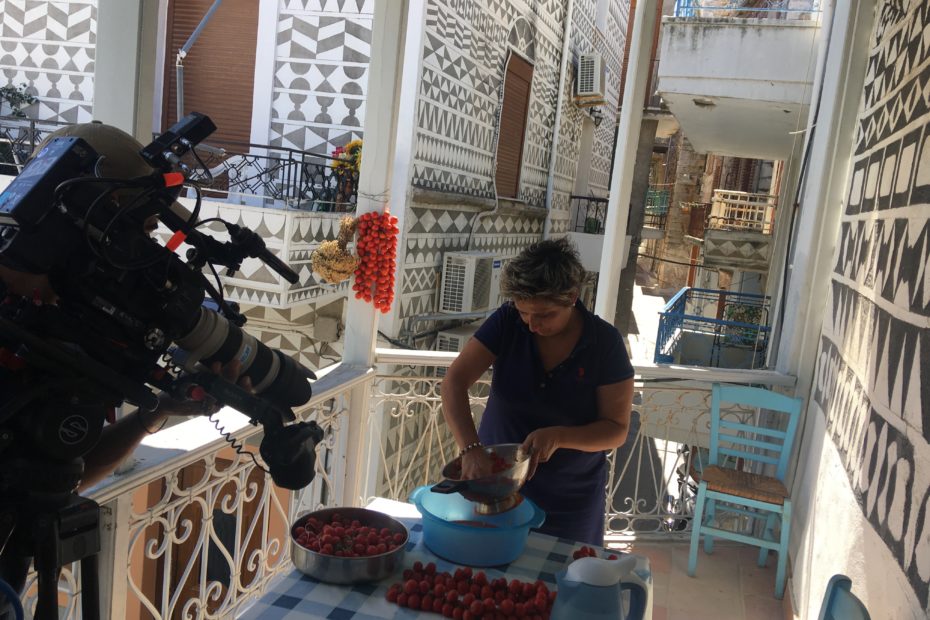 Locals like to tell you that Christopher Columbus lived here, in the village of Pyrgi, and are quick to even point out his house. His brief stay on the island is but one of the many historical legacies of Chios, one of the wealthiest, yet undiscovered, Greek islands, situated in the northeastern corner of the Aegean. 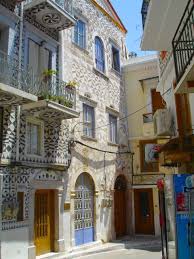 Chios was made rich early on by its leading role in silk processing, shipping, the production of citrus fruits and as the only source of Mastiha, a resinous superfood that is one of the Mediterranean’s oldest, most significant ingredients.

Chios also claims a wealth of food lore, from delicious local pasta and cheeses, to spoon sweets, unique tomatoes that hang like rubies from the rafters of homes in Pyrgi, a town famed for its geometric medieval architecture. 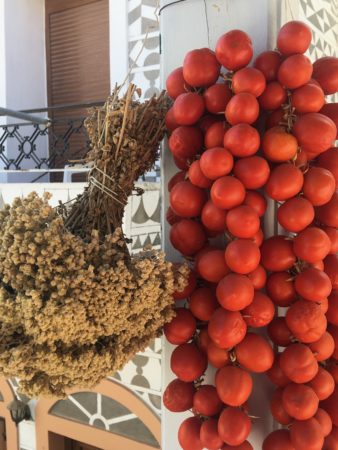 After the 4th Crusade, in 1204, when the combined fleets of the Catholic West set out to capture Constantinople, the capital of the Byzantine Orthodox Empire, the Crusaders did not continue on to the Holy Lands. Instead, they stayed in the Aegean and most of the mainland ended up in the hands of French and Italian lords. While Venice claimed most of the islands, Genoa took possession of Chios, already prosperous thanks to its unique product, mastiha, which, to this day, grows only in two dozen villages on the southern part of the island.

Legend has it that Columbus, a native of Genoa, was stationed on the island for a few years sometime in the 15th century, and that he became so entranced by the unusual qualities of mastiha that he set off on his world-changing expedition in search of another source. We will probably never know the full truth of Columbus’s connection to Chios, but there is a mastiha tree growing in the garden of the house he is said to have lived in, and underneath it is an inscription that says “From the people of Chios to the people of Genoa.” 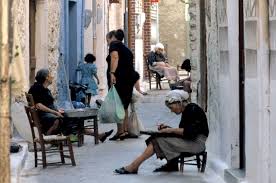 Mastiha has beguiled many people throughout the course of history. This unusual substance is at once a natural chewing gum, spice, and panacea for all sorts of ailments. Mastiha is essentially a resin that seeps out of the trunks of low, craggy invasive shrubs (mastiha trees , aka pistacia lentisc). The trunks are artfully slit in summer when the weather is hot enough to soften the resin so that it seeps out, a thick, viscous liquid that trickles down slowly and lands in tear-drop like crystals underneath the trees. The ground is typically covered with lime dust, which helps keep the crystals clean.

Mastiha is a mysterious chameleon of sorts, used to make varnish, chewing gum, skin lotions, adhesives, incense, tummy-ache cures, and toothpaste, but held in equally high regard for its unique flavor and so esteemed in cooking, baking and distilling. Mastiha liqueur is a delicious digestive. Mastiha was the world’s first chewing gum and is actually good for your teeth. Mastiha gum and toothpicks were in high demand in the court of Versailles, for example, long before the toothbrush and toothpaste were invented. It was also used by the ladies of the Sultan’s harem, to keep the breath sweet for kissing and the mouth healthy. From this practice, dating back to pre-Roman times, comes the word masticate.

This blog post was researched and partially written by Diana Farr Louis and comes from the introduction to one of the two Chios episodes on My Greek Table, Season 3. 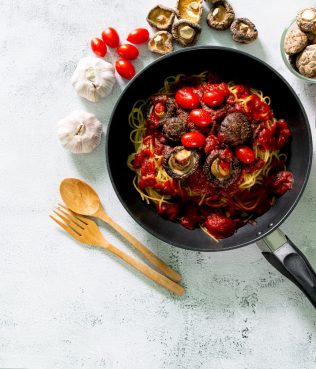