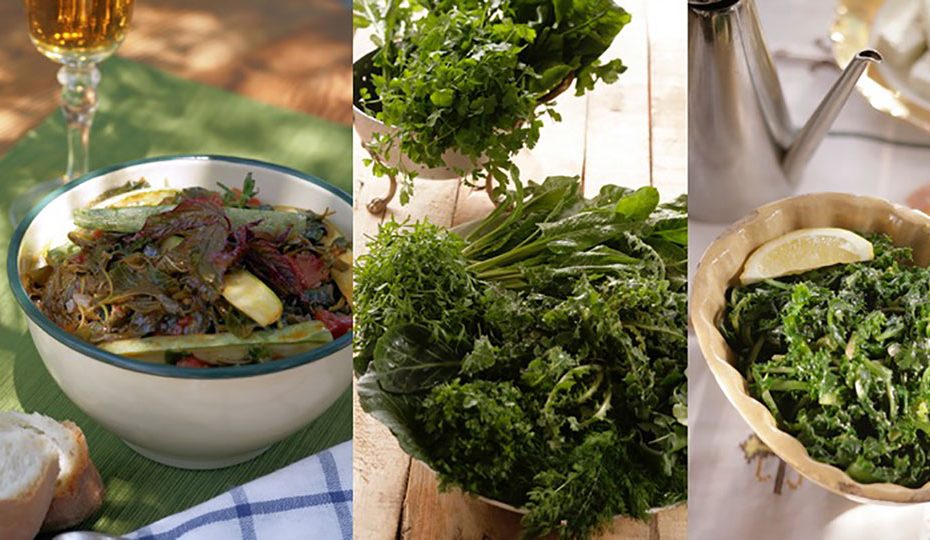 Around this time of the year, I start to tally up the excesses of the holidays. Too much bread, too many sweets, cheeses, meat etc. Most of us get the picture. I also start to turn to the one thing that makes me feel really good when I eat it: greens. Called horta in Greek, greens are the go-to food …

Around this time of the year, I start to tally up the excesses of the holidays. Too much bread, too many sweets, cheeses, meat etc. Most of us get the picture. I also start to turn to the one thing that makes me feel really good when I eat it: greens. Called horta in Greek, greens are the go-to food for foragers and healthy eaters alike. Greece is greens heaven, with something like 300 different wild edible greens and herbs. Many are also cultivated and Greek farmers markets sparkle with emerald mounds of wild and cultivated chicories, arugula, chard, spinach, sorrel, collards and other greens in the brassica (cabbage) family. In the United States, anyone who’s eaten in a Greek restaurant has probably at least seen a plate of boiled wild greens. Many of the greens we enjoy in the Greek kitchen are easy to find in Chinese and other Asian markets. The adventurous might consider taking a walk in nature and picking a few from the wild.

I’ve compiled a short alphabetical list, really not even the tip of the iceberg, of greens we love to eat in the Greek kitchen. You can cook them up in the cleanest, simplest, most “detoxing” way, by simply boiling them and dressing them with great Greek olive oil and either lemon juice or vinegar. A rule of thumb is that sweet greens such as chard and sweet dandelion take best to lemon, while bitter greens such as mustard greens go best with vinegar. Sprinkle with a little Greek sea salt or with the delicious smoked salt I offer online, and you’ll discover that horta make up a whole world of sating, mineral-rich, super-healthy options when we’re looking for something to help us detox from the holidays.

Learn how to cook greens the Greek way here! 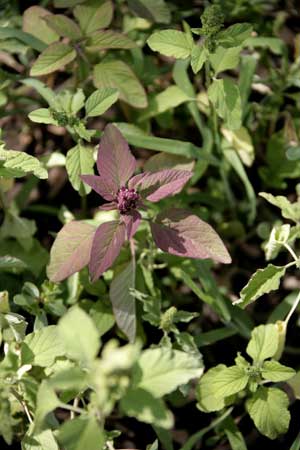 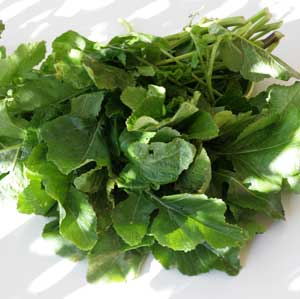 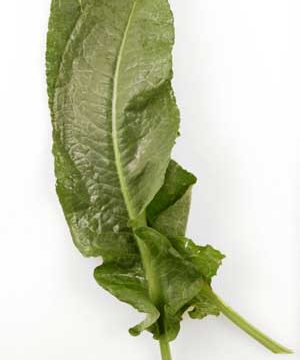 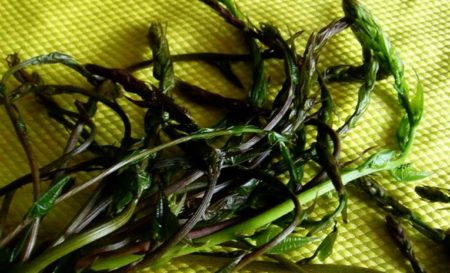 Borage. Borage leaves go into salads and so do its lavender flowers. Greeks call this springtime favorite boratzi. 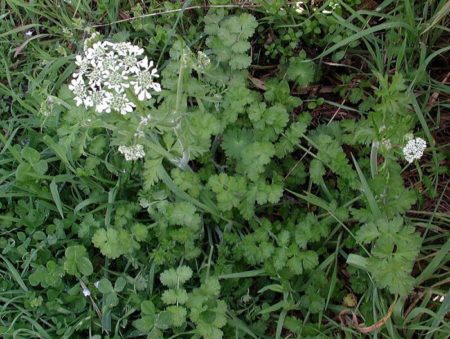 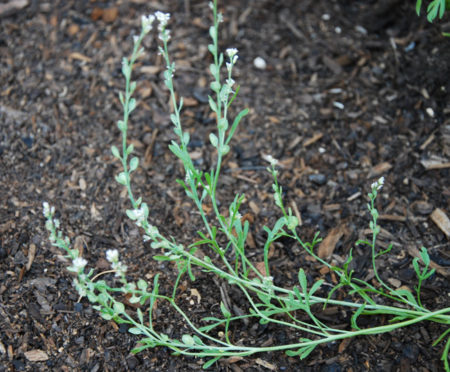 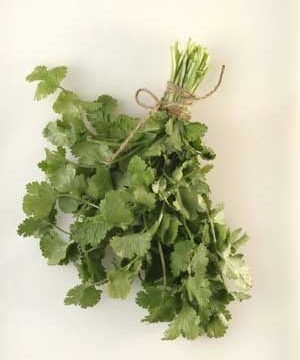 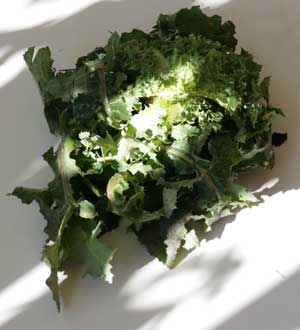 Mustard greens (Hirschfeldia incana Lag.). The leaves and shoots of vrouves, as this is called in Greek, make excellent boiled salads 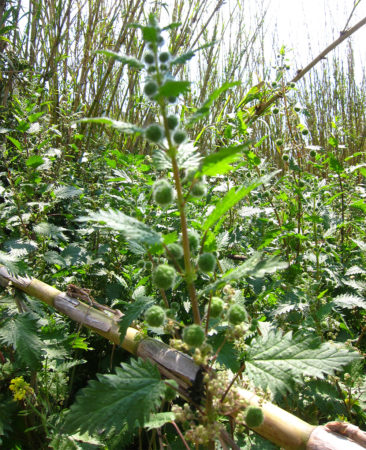 White mustard (Sinapis alba). A spicy green whose Greek name, sinapi, sounds like its Latin nomenclature. It is also commponly known as vrouves in Greek. Sinapi or Vrouves are traditionally boiled for salads. Wild fennel, called marathos in Greek, is the favorite spring herb on Ikaria. A Wild Asparagus Hunt on Ikaria Yields More than…
Articles