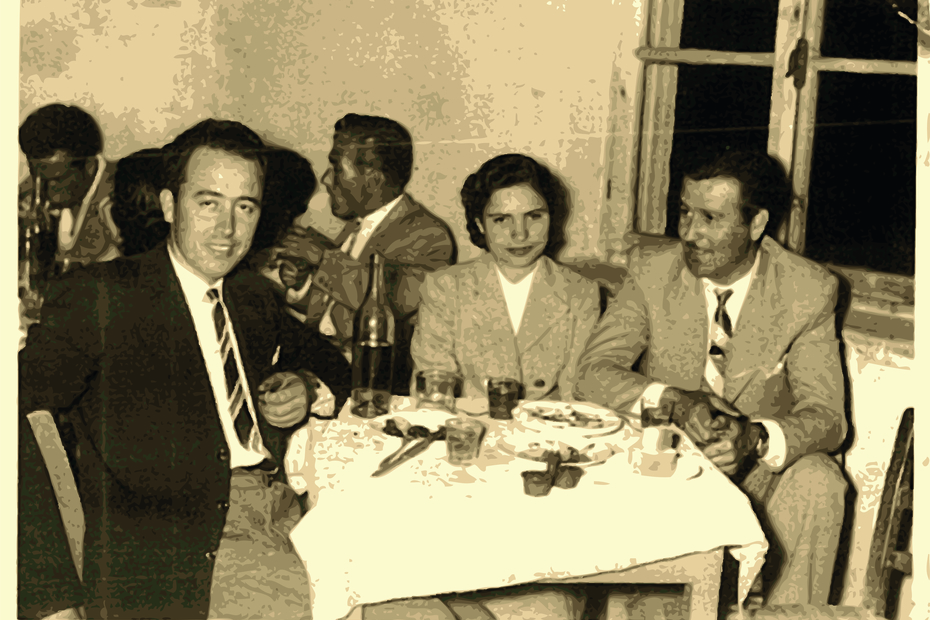 Crumbs and Votes…Democracy for Dinner

CRUMBS AND VOTES…DEMOCRACY FOR DINNER. Athens. These past few weeks, I have worked to finish up a project about the food scene in the Greek capital, figuring that we’ll have a tourist season filled with people who will want to eat. For 20 years, I reviewed restaurants and wrote about food in this country of time-tested dietary wisdom but nascent …

CRUMBS AND VOTES…DEMOCRACY FOR DINNER.

Athens. These past few weeks, I have worked to finish up a project about the food scene in the Greek capital, figuring that we’ll have a tourist season filled with people who will want to eat. For 20 years, I reviewed restaurants and wrote about food in this country of time-tested dietary wisdom but nascent restaurant culture, and during that time I saw contemporary Greek history from the perspective of the dinner table. It’s still a suitable metaphor for the state of affairs here now.

The 90s were a wild ride on the bandwagon of any chef’s ego. Restaurants blew out of proportion, like the stock market, bubbles waiting to burst, or worse, waiting to be served. The Olympics pushed Greek chefs to disengage from so many foreign ingredients that had suddenly swept the supermarkets with EU entry and a borderless economy, and to rediscover—and to want to improve upon—the roots of their ancient cuisine. The first decade of the new millennium saw the embrace of all things Greek and edible, regional ingredients that had nearly fallen into obscurity, reborn on contemporary Greek menus. We were now European (I’ve always found this dichotomy between Greece and “Europe,” unsettling; hasn’t Greece always been European?) and so needed to show our modern side, manifested in designer dolmades and other affectations.

Then came the crisis.

Athens began to look like a ghost of its former self. Restaurants shut down and people were hungry for the basics, sleeping and eating on the street, a sight Athens hadn’t seen since the Occupation, when more Greeks died of starvation than wartime injuries. Mine was the generation nourished on those World War II stories, inevitably recounted around the dinner table, by parents and grandparents who lived them.

We were also, of course, nurtured on the honey and hope of prosperity. Imagine, then, the irony of witnessing, on a daily basis, the unthinkable, at least in Greece: people of across various economic strata scavenging for food, most recently on my daily walks through Athens a gaggle of kids searching the giant construction bin outside the Athens Meat market at closing time, the protein rich detritus of bones, fat, and entrails tossed out at the end of the day their only hope for dinner. This is the living example of the human crisis Prime Minister Tsipras and his iconoclastic finance minister Yanis Varoufakis remind Greece’s European allies of daily.

The Greek table of the moment, though, is not just one of desperation. I recently visited a new restaurant, one of Athens’ hippest, called Cookoovaya, the Greek word for owl, as in wise owl, as in the symbol of this ancient city, protected by the goddess of wisdom and justice, Athena. This place, a cooperative between five of the city’s well-known chefs, could not even have been imagined a few years ago. Greeks are a culture of individualists; working together in harmony on anything, let alone in the confines of a hot kitchen, has never been one of their of their better traits. And yet, the crisis has spawned many such co-ops.

The country will need this spirit of cooperation and a damned good recipe for cohesiveness in the days of duress that may lie just ahead. The Greeks and the remaining Eurozone members cooked up a compromise, one in which the broke Greeks get a few crumbs to appease the electorate and buy some time. Call it a meze, before the real debates begin, a few months from now.

Will the SYRIZA government have the moral depth, political finesse, and imagination to stand tall for what’s good for Greece and to keep the country together? What’s at stake is more than financial salvation. At stake are the very the soul and values that define the nation, and the gold standard called Democracy, forged, from the most ancient times…in that most civilized of places, the table. 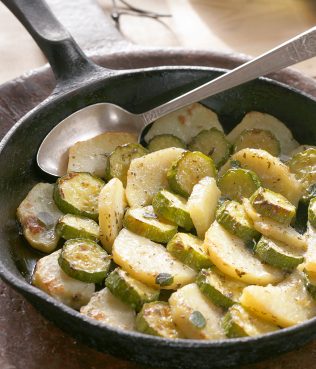 Potato Love and Longevity
by Diane Kochilas
Articles
POTATO LOVE AND LONGEVITY   Like many potato lovers, my…
RECIPES
Similar Recipes