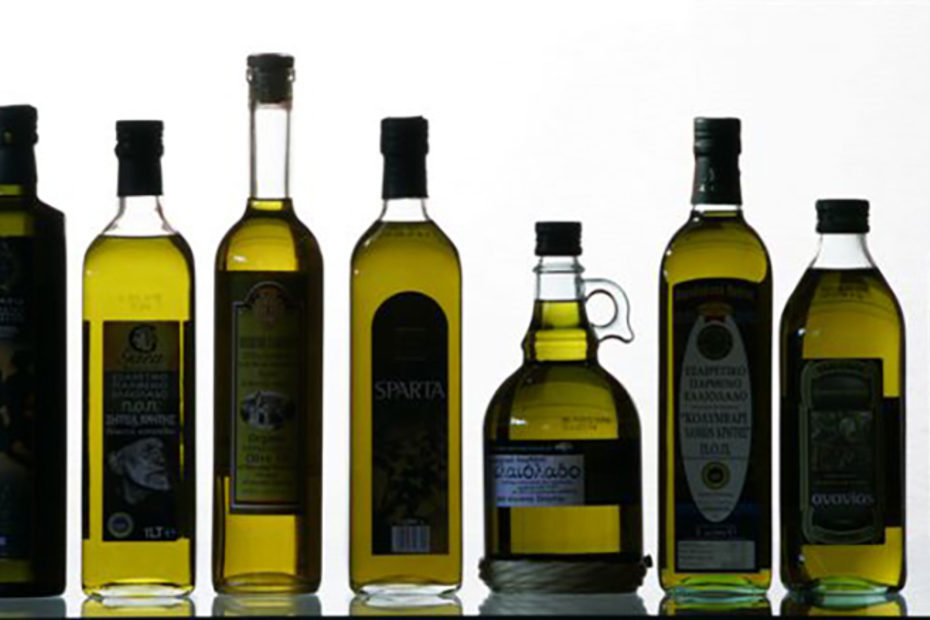 Beyond Extra-Virgin: Greek Olive Oil and the Super Premium Trend

The time is ripe for rethinking the positioning of one of our most traditional foodstuffs, olive oil, on the global market. That market, no doubt, will change dramatically over the next decade, as consumers become more savvy and knowledgeable about specific regional oils and as a group of high-end producers across Europe is hoping to redefine the standards for excellence. …

The time is ripe for rethinking the positioning of one of our most traditional foodstuffs, olive oil, on the global market. That market, no doubt, will change dramatically over the next decade, as consumers become more savvy and knowledgeable about specific regional oils and as a group of high-end producers across Europe is hoping to redefine the standards for excellence. Their idea: to move beyond the extra virgin category into a more exclusive, narrowly defined realm of super premium olive oils. These oils, distinct in flavor, unmatched in pedigree, carry with them the aromas of their particular region or microclimate. What super premium wines are to the wine world, super premium olive oils would be to the food world: something to relish with care and to savor in specific, thoughtful ways. Greece, with its many regional olive oil varieties and specific regional flavor profiles, is in a great position to reap the benefits of the super premium trend.

Something is sizzling in the world of extra virgin olive oil as a group of high-end producers across Europe ly and Spain) as well as in California redefine the standards for excellence.

A conference in late June 2010 organized jointly by the University of California, Davis (the premiere agricultural university in the U.S.), and the Culinary Institute of America was a seminal event, exploring the best production practices, the sensory qualities, and the culinary and business possibilities for the best quality extra virgin olive oil. The various Greek oils represented came from every corner of the country, among them: Lesvos, Kritsa and Siteia (Crete), Kissamo (northern Peloponnese), and Kalamata. No doubt, there could have been many more exquisite regional oils, from Halkidiki, other parts of Crete and the Peloponnese, even places off the beaten path in terms of olive oil production but where a few innovative producers are making strides, among them Zakynthos, Corfu, and Antiparos. But, arguably, the finest Greek oils—and there are many—are the single varietal oils from Mani, Parnonas, and Kalamata in the Peloponnese, and from Hania and Sitia, in Crete. The quality characteristics of these oils puts them in a world-class category. They are just waiting, literally, to be discovered,

While dozens of Italian and Spanish oils were represented at the conference, the Greek contingent had just a few, that in itself a statement portraying the lack of a coherent government policy and the tremendous need to rethink the positioning of one of our most traditional foodstuffs on the global market. That market, no doubt, will change dramatically over the next decade or so as California prepares to enter the world of olive oil with force, the same way it turned the world of wine on its head a few decades ago. To get a sense of the scale of things in California, at just one estate, for example, Corto Brothers, a million olive trees have been planted.

Part of the impetus for the is conference is the sad fact that the world of extra virgin oils is far from pure. In the United States, there is no legal definition of the term Extra Virgin, nothing that states it needs to have an oleic acid content of less than 0.8%, which is one of the stipulations that define the term in Europe. Cunning producers (luckily no Greeks discerned among them!) have long known that and have acted in less than scrupulous ways, selling oils that are blended with seed oils and that sometimes contain as little as 10% extra virgin, all under the eExtra vVirgin label. Without extensive chemical analysis it is very difficult  to determine exactly what’s in an “olive” oil. The problem came to a head a couple of years ago after a series of scandals in Italy. Fearing that such illicit business practices tainted the producers who do work ethically, a handful of top Italian and Spanish olive oil producers and agronomists mainly from the Accademia dei Georgofili, in Florence, banded together to form an organization called TRE-E. TRE-E in Italian means three Es, for ethics, excellence, and economy.

The group’s objective and the aim of the California conference was to begin the push for a new approach to olive oil, to develop standards for super premium oils and to rethink the marketing of such oils. “The conventional wisdom is that ‘extra virgin’ means excellence. Our premise is that that isn’t the case,” said Dan Flynn, Director of the Olive Center at UCDavis.  “California is the perfect place to take a fresh approach toward one of the Mediterranean’s oldest foods,” noted Dr. Claudio Peri, an agronomist with the Accademia dei Georgofili .

The push for new standards means that Super Premium Olive Oil would be defined by free acidity levels of less than 0.3%, peroxide value of less than 7.5, UV absorption of 232nm (K232) less than 1.85, and an absence of sensory defects. Producers of super premium oils with the TRE-E guarantee would have specific obligations including documentary transparaency and traceability, control over the production process, and the willingness to submit to a yearly evaluation.

This all might bode quite well It is hard to say where all this bodes for Greek olive oils. “I am definitely in favour of the trend, as I believe that certain Greek oils have what it takes to fit into the super premium category, says Dimitris Portolos, whose early harvest (agourelaio in Greek) olive oil from the Halkidiki region is considered one of the finest in Greece. For Greek producers, he continues, “It would be best to go by particular characteristics of particular oils and less by specific regions, which require some knowledge by the user. Types of olives can also play a part.”

“Greece has several excellent quality, single varietal oils that not only can compete with other fine oils, but also win in blind tastings. Several regions in Greece, especially within the Peloponnese and in Crete, produce some of the finest extra virgin oils in the world. These can easily fit into a super premium category,” notes Kostas Marianos, one of the few bottlers and exporters of a  Greek estate oil.

Certainly more than a few producers A few producers and the few but and the growing number of estate bottlings (with large enough production) might be able to meet a set of rigorous quality standards on a yearly basis. The key though is to be able to balance excellence with production quantities that make it feasible to export the oil. But fragmented production, especially among small producers, is an issue. “Estate bottlings are in general uneconomical,” says Portolos. It is no use producing a couple of thousand of litres, which usually have to be pressed and bottled elsewhere.” The quantities, he reiterates, must be reasonable to support an export strategy. There is another issue relating to estate and other small-scale production. The vast majority of Greek oil producers owns small groves, which produce small harvests. “It makes more sense for them to consolidate their production with that of other producers, to blend, in other words,” notes Marianos. It’s virtually impossible for them to market their own oil themselves because they have limited resources,: he adds. What happens as a result is that the blended oil is often less than the sum of its parts, qualitatively. “Fine oils that are blended lose their identity,: Marianos continues. It is exactly this dilemma that the push toward super premiums might address, because these highly unique oils would sell for a premium, thus enabling small-scale farmers to reap the rewards of their efforts.

In a world filled with mass-produced Spanish, Italian, and soon-to-arrive Californian oils, Greek producers cannot compete on price. Production costs are higher and, production is, as stated earlier, fragmented. But Greek producers can certainly compete easily on quality. “For a country like Greece, which produces mostly extra virgin oils [more than 80% of Greek oils are extra virgin], many of them PDO or PGI, this trend can be only beneficiary, says Marianos.  “It is a way to promote the fine oils that Greece produces and differentiate from the mass production oils from other Mediterranean countries, most of them blended with low quality oils.

If, and when, in the future the market trend for premium oils prevails, Greek producers will be in the position to capitalize on it. Greek producers, big or small, should focus only on producing the finest quality they can, because this is the only way for them to be rewarded someday,” notes Marianos.

But this is a wake up call if ever there was one. Will someone, somewhere hear the message that there needs to be a coherent government strategy for marketing our liquid gold and our oldest, most revered food?

How to Make Money with Super Premium Olive Oils

Here’s a novel idea for entrepreneurial restaurateurs: Open an oleoteca! Taking the example of a Tuscan restaurant and resort operator, the idea of offering olive oil tastings to clientele in the restaurant often means that you are selling the oil at way more than a premium.

One of the goals of the TRE-E, CIA and US Davis initiatives it to evaluate and enhance the financial potential for super premium olive oils. One of the Italian producers at the conference, Paolo Pasquali, is the owner of an “olive oil resort” called Villa Campestri outside of Florence where he began an “oleoteca,” By offering an an olive oil tasting of say three to five super premium oils, the idea  area. He stores several super premium oils in special small but beautiful containers under nitrogen and offers his guests at the restaurant a tasting. The idea is to introduce consumers to a high-end concept around olive oil. The oils these oils, which could be rotated on a regular basis for he rotates for variety, and also to get customers them tasting, and sampling, and trying the oils with different foods. The oils “must be the main player in a meal in order to involve diners in the ,” according to the TRE-E manifesto. “Diners become involved in the sensory and gastronomical experience of tasting them.the oils.”

For most restaurant operators, olive oil is a cost, not a profit center. , said Pasquali throughout the conference. “This new way of presenting the oils allows the restaurateur to transform a cost into significant earnings. The price of the oil becomes an explicit part of the price of a meal.” Three 30-ml samples might sell for 10 euro, which comes to He only serves oils labeled as TRE-E super premium selections. For three 30-ml samples he charges 10 euro, which comes to ssomething like 110 euro a litre, not a bad rate of return!

The Culinary Institute of America is also planning to start its own oleoteca, in hopes of setting in motion a  mindset about excellence in olive oils that has been missing for so long.

What was not clear is exactly what the producer gets from such a markup, of course. On the other hand, super premium oils are not selling for $2 and $3 euro a litre wholesale, which is just about the current prices for Greek extra virgins, even the great stuff.

Where does Greece fit into all of this: Maybe for once it’s time to copy the Italians as closely as possible, for producers to get serious about following the process from field to shelf, to start thinking about some of those products as potentially super premium (by TRE-E or other organizations)  and to develop a serious, long-term plan around saving our national heritage? 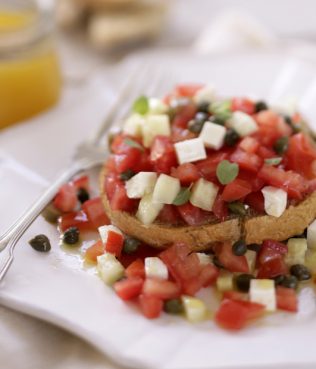